Fast and Furious(ly) VI: Years from now when film study students climb the Everest of cinema they will find Citizen Kane at the base camp. At the last camp before the summit there will be the French Nouvelle Vague. The peak will be Fast and Furious(ly) VI. They will marvel as their grandparents did when watching Citizan Kane about the editing, the cinematography, the special effects, the script, and the lighting. No where in film has any director been able the produce the tension and magic of the relationship between Mr. Vin Diesel and Mr. Dwaye Johnson. It's Tracy and Hepbern, Crosby and Hope, and Astaire and Rogers wrapped into one, except no dancing other than the dancing of lines that never vary from perfect. No review is complete with mention of the consistent theme of family and final airplane action scene. It features the longest runway in the world. The large place taxis for about 20 minutes before trying to lift off with lots of vehicles dangling from it. And when Mr. Diesel emerges from the carnage (an obvious homage to Dorothy's return from Oz) the audience burst into applause and this reviewer wept.
Posted by Jeffrey Harrison at 6:50 PM No comments:

Confused: Law Professors, and "Class" -- Is This Serious?

I have just finish reading a post and numerous comments over on Prawsblawg. My goodness. It seems to start with a casual mention of a book or article or both by Brian Tamanaha on the impact of tuition increases on less affluent students. He takes to task so-called liberal law professors for their inattention to matters of class. Evidently, he give special attention SALT and CLS  for what I think could be called hypocrisy.

After  the initial post the comments devolve into a discussion of whether he has fairly characterized CLS as ever professing to care about class and who mentioned or thought up some kind of national debt relief for overburdened law school grads. Frankly, I could not follow it all and it seemed to include a fair amount of typical law professor prissy debate that leaves plausible deniability with respect to who was "uncollegial" first.
(The movie "Mean Girls" comes to mind here.)

I have just a couple of comments. Any notion that CLS really had anything to do with class is pure hokum. CLS was a showcase for the ultimate in limousine pseudo lefties. Typically privileged people who found a niche that made them seem  oh-so-interesting at least to each other.

Second, isn't it interesting this so called concern about class and the affordability of law school for the less affluent comes along at a time of declining admissions and the threat that law professor jobs may be in jeopardy.  (If we are so determined to subsidized the less affluent, why not start by not subsidizing those who could afford to pay the tab?)

But there something more fundamental than any of this.  This discussion purports to have something to do with class and often the word "poor" comes up. For the most part, law professors would not know what poor means if it bit them in the ass. The idea that the focus of law professors worried about the "poor" would be the impact of tuition on people who have high LSAT scores and GPAs it mind-boggling. This is not to say so-called liberal law professors do not have an intense focus on something. It just happens to themselves --e.g. do I have the best printer, will you pay for my trip to Rio, my offices needs new carpet, I need a new office, 26 students is too many for me to teach,.

The discussion has almost nothing to do with the "poor," disadvantaged, or even social class. Those people have always been around, pushed to the side and ignored my law professors.  Instead it  is about how to keep the law school industry moving forward. A subsidy for a down-trodden law school applicant is a subsidy to a law professor. I'd much rather see things like debt-forgiveness or other forms of subsidies be linked to buying a car that runs, getting decent dental and medical care, having a rat free home to live in, being able to buy a decent pair or shoes, having regular meals on the table, never having to worry about the electricity being turned off,  or in home care for an elderly grandmother.

The poor should be so lucky as to worry about law school tuition.

I write mainly about class basis in legal education meaning that to be professor one almost has to come from a specific sheltered and privileged class. This means that most law professors also come with a powerful sense of entitlement that means that law schools are  operated to achieve their ends.

There is to be sure a class bias when it comes to admissions. By the time a person is  21 or so, he or she has gone through a multitude of filtering processes that gradually eliminate the vast majority from attending law school and much of this filtering is class based.

I know not to trust second hand reports and particular news reports. My last post was about scholars as salesmen. They are topped, however, by news reporters whose livelihood depends catching your eye and telling a story and, as the person discussed in my last post describes himself, they too have a post modern relationship with the truth.

That being said here is a quote, out of context and according the to an article writer from the new book by Brian Tamanaha (talk about someone making a career out the law school disaster);

“The pricing structure of legal education has profound class implications,” Tamanaha writes. “High tuition will inhibit people from middle-class and poor families more than it will deter the offspring of the rich with ample resources. Law school scholarship policies … in effect channel students with financial means to higher ranked law schools, reaping better opportunities, while sending students without money to lower law schools [where they qualify for better aid packages]. A growing proportion of elite legal positions will be held by people from wealthy backgrounds as a result. … Yet as law school tuition rose to its current extraordinary heights, progressive law professors did nothing to resist it.”

Anyone reading this blog knows how much I love to pounce on elitist hypocrisy. It's so easy -- vanity courses, capped sections, the me mentality, a total blind eye to matters of class. The list goes on and Brian has definitely tapped into one. I too have heard very little from self appointed liberals about class. But what is new? Class based issues terrify them. They are fine with race, gender, and sexual preference became they do not even implicitly lead to questioning the legitimacy of their positions. Class, however, is another issue altogether because it forces the question "What did you personally to merit your job." As one friend replied when I asked why we never talk about class, "Too important."

Thus, the indifference Brian writes about is true but the quote way overstates its important. Higher tuition may have the effect he describes but it is only at the extreme margin. Tuition may be something progressive law professors should be concerned about as should commentators like Brian. Maybe they are but, even a tiny focus on that ignores the things that people who have actual contact with poor families know. Believe me, they should be so fortunate that higher tuition is what keeps the out of top or any law schools. If the quote is accurate and not taken out of a broader context, it is  a sad commentary on the lack of class consciousnesses.

As for me. How would I finance higher education.It's easy. Every student in every field would be given a bill for the full cost of their education. Assistance in paying that bill would be based on need. The logic that the state pays for those who score high on test regardless of their means is just another example of the haves getting even more.
Posted by Jeffrey Harrison at 2:19 PM 3 comments:

"What the public didn’t realize, he said, was that academic science, too, was becoming a business. “There are scarce resources, you need grants, you need money, there is competition,” he said. “Normal people go to the edge to get that money. Science is of course about discovery, about digging to discover the truth. But it is also communication, persuasion, marketing. I am a salesman. I am on the road. People are on the road with their talk. With the same talk. It’s like a circus.” He named two psychologists he admired — John Cacioppo and Daniel Gilbert — neither of whom has been accused of fraud. “They give a talk in Berlin, two days later they give the same talk in Amsterdam, then they go to London. They are traveling salesmen selling their story.” " NYT, 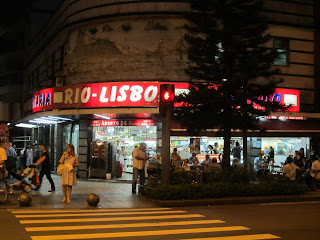 This passage is from the Sunday Time story about Diederik Stapel's huge academic fraud which consisted of making up data to support outcomes that would jazzy, eye-catching, and therefor, of interest to journals and audiences.  Think about it. He is in a field in which the accuracy of what one does can be checked and journals are refereed.

Now think about legal scholarship -- no numbers, no testing of hypotheses, no referees and no accountability. While Stapel -- a psychologist -- largely wrote for people who were able to understand numbers, law professor write for a far less sophisticated audience, at least as far as assessing reseach methodology.  It took years to catch Stapel. Law professors, unless they outright plagiarize may never be caught. In fact, "caught" may not even be relevant if the norms for care and accuracy are low enough.

If psychology research  has become a business in which scholars are sellers and tempted to do whatever it takes to advance personal interests, what are we to make of legal scholarship? Certainly law professors are no less self interested and far less likely to be detected when engaged in sales -- whether  in the form of catchy titles, overblown  resumes, and fudged empirical as well as impressionistic results.

Can legal scholarship be trusted when every factor that would have discouraged cheating in the sciences is missing in law?