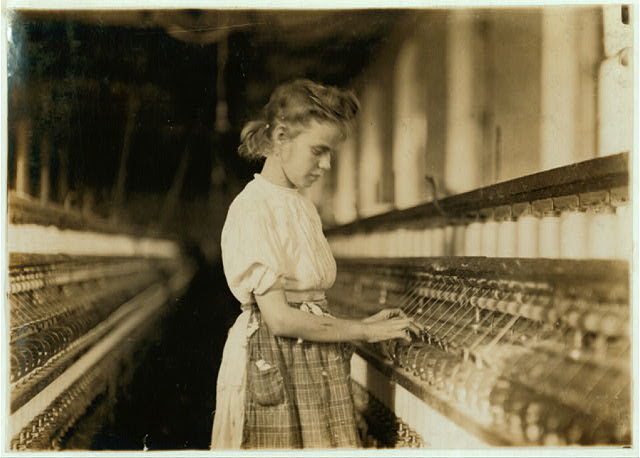 Keep you doped with religion and sex and TV.
And you think you're so clever and class less and free.
But you're still fucking peasants as far as I can see.
A working class hero is something to be.
Working Class Hero, John Lennon


In part one of this three part series, I discussed the different perspective of those who were economically disadvantaged people. I also noted that I am not confident that e.d.p.s (OK, no pun intended) share a view of how specific issues should be decided. Instead, I wrote about bringing a needed perspective to teaching and research. I should have included service as well, especially faculty governance. At the outset, however, consider the proposition that is opposite of the one I will discuss: The quality of legal education is increased by systematically excluding e.d.p.s from the profession. I doubt many would say they agree with that view. On the other hand, maybe actions speak louder than words.

With respect to governance, I have noted that when in the company of other professors with working class backgrounds, we seem to have a greater understanding of the fact that we are making decisions about spending the money of others. Colleagues with senses of entitlement, on the other hand, are less likely to have a vision of those who actually pay the bills. (Do they ever think of the convenience store worker or stock person at Wal-Mart when deciding that a summer program in France would be just the thing?) Recognition of concepts like “can we afford” something or “is this the best use of the money” seems to follow more readily when someone has been forced to deal with those same issues in his or her own life.

This sense of fiduciary obligation affects the way in which e.d.p.s approach teaching as well. A sense of entitlement seems to go hand in hand with canceling classes at the drop of a hat, taking off a couple of weeks in the middle of the semester for a foreign conference, teaching a self-indulgent course with a tiny enrollment, and feeling annoyed if students ask too many questions. It comes down to a view, shared by the children of privilege, that law schools exist for the faculty as opposed to the reality that faculty are but an input. Think how everything changes when faculty realize that they are not there to be served but to serve – and their jobs depend on serving. For those who have had a lifetime of being served, this an alien perspective.

When it comes to the substance of teaching and research, it is not that e.d.p.s are better, only different, and that teaching and scholarship are enriched by different perspectives. For example, a contracts teacher who has experienced being on the losing end of an exploitative contract is better able to understand the illusion of Pareto superiority and discuss, in real terms, the failings of contract law (as it has been shaped to serve those of privileged classes). My hunch is that this same perspective carries over to any course in which there is an interactive element.

Finally, on scholarship. Where do the ideas for articles come from? What fuels the analysis? That spontaneous flash that leads to questions or that leads to analysis and research is akin to “taste” – here a taste for which questions one will devote his or her life to. Taste is hardly the result of eight or more years in college. Different life experiences result in different tastes. Look at most faculties. Which people are writing about race? About woman and families? About environmental questions? There is a self-referential and oft times a self-interested element to how tastes are formed. In each case, there is a story that connects the person’s life with the direction his or her research has taken. Now compare a faculty that has screens out an entire segment of life experiences and compare its diversity and quality with one that purposefully includes all qualified people, whether or not they increase social comfort. My case is simple: when it comes to the analysis of law and the teaching of future attorneys, the second faculty is superior.
Posted by Jeffrey Harrison at 10:12 AM No comments:

If you agree that there are differences, the next question is whether having people on a faculty with this different sensitivity would make teaching and research richer. I will have a go at that next week.
Posted by Jeffrey Harrison at 4:39 PM No comments:

A few years ago I was struck by the fact that people on my faculty who wrote last minute articles to meet tenure requirements seemed rarely to write again. I conducted a small in-house study that confirmed that “late writers” wrote, on average, .1 articles (yes, that is a decimal point) a year after receiving tenure and “on time” writers averaged 2.1 articles a year. More recently, I attempted to expand the study to law teachers more generally, see 17 J.L. & Pub. Poly. 139, without much luck. By only using public sources, I was unable to accurately distinguish late from on time writers. If the trend I found at my school holds for others, however, the best predictor of post tenure scholarship may be not the amount of scholarship but the timing of it.

The most interesting result to me was the overall negative impact tenure itself seemed to have on scholarship. On average, the professors studied published 15 fewer pages per year after tenure than before. This held true at all levels of law schools. This may not seem like much in the context of 100 page articles but in making the comparison, post tenure scholarship was overstated, meaning that the drop off was in reality much greater. What I found in post tenure scholarship were the following: a much higher incidence of casebooks and treatises, books of edited readings, books that were composed of previously published articles, and articles that are best described as “spin offs” of prior articles. I attempted to adjust for some of these but could not adjust for all. This means that post tenure number was inflated as a measure of real scholarship and the 15 page fall off is greatly understated.

Given these results, a robust post tenure review process would seem to be in order. In a professional environment in which courageous administrators are rare and schools are operated for the benefit of faculty with powerful senses of entitlement and log rolling mentalites, no such process is likely to emerge.
Posted by Jeffrey Harrison at 9:49 AM No comments: