How Not to be a Great University: UF Plunges Into Darkness with Invitation to Don Jr. 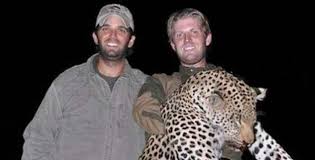 Recently the University of Florida celebrated becoming a top 10 public university. Then in a effort to undue this accomplishment a student run organization, spending the money of others, agreed to pay Donald Trump Jr. (well-known big game hunter) and a "campaign adviser" $50,000  to spread their special brand of hatred to those willing to listen. What is stunning about this has nothing to do with free speech or intellectual diversity. I value both and have frequently railed about the lack of intellectual diversity on college campuses. And, as far as free speech, I am an absolutist.

But this is wacky. First of all, free speech does not require paying someone $50,000 to speak. Second, if UF wants to have diversity, how about intelligent, intellectual diversity. The University is supposed to be about ideas and even conflicting ideas. If the student organization in charge of this decision cannot contribute to that mission, it should go into receivership.

UF is saying the could not find another more qualified speaker from the conservative world for $50,000. Let's face it, this is nothing more than a direct contribution from a few (frat boys?) UF students, using student funds that are not their own,  to the reelect Donald Trump for President campaign. And with the current Governor and the two current Senators, why should that be a surprise?

It is utterly irresponsible but since we are now inviting speakers from the dark side I have a few suggestions myself. Next up: Mohammed bin Salman