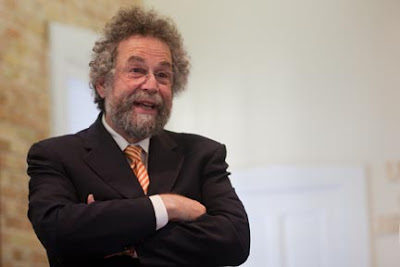 If you have been following the law school news you know about the events at UT Law School leading to the "resignation" of the dean. Seems he was paying some people more than others and then not exactly being direct about what was up. My particular favorite is the forgivable loans. Yes, a loan that you do not have to pay back
But let's just hold up a sec. What is a forgivable loan? It's just pay, right? In law teaching these little side deals come in a variety of forms -- lower teaching loads, more trips to China, higher travel budget, having your own foreign program, capping courses, extra research assistance, a little secret bump on your summer grant, etc. True, I had never heard of the loan that is not a loan but rather than regard that as a new thing, why not call every other side deal a "loan" that is not repaid. Same thing, right. And, if you know of a School not making these loans or side deals, let me know.
What's the fuss? Did they think they were all getting the same salary? As the John Travola character said in Broken Arrow, "Ain't it Cool." You just have to laugh. You know how this works. Mr. Entitlement goes down to the Dean's office and explains how he really has to have more or he might have to leave while giving all his colleagues the "we're in this together" smile. Now the folks who did not cut as good a deal for themselves are all bent out of shape.
I feel sympathy for the ones who were duped into thinking there were rules and standards that were evenly applied. My own cynicism can be traced to having been part of that group.
On the other hand, if they are upset because when they slithered down to the Dean's office the plum they got does match up with Little Mr. Entitlement's, I say tough. They are ultimately the ones who love the system when they can work; they need to suck it up when it does not turn out their way. Sure they can get the dean fired but, ultimately, it is most likely the case they simply want a system that works for them, not one that is predictable, transparent and fair.
Posted by Jeffrey Harrison at 11:54 AM 2 comments:

More on the Enronification of higher education

A few days ago on my series of posts on the corruption of largely unaccountable universities, I noted the complicity of University Counsel. This NYTs article gives a look at how it works:
Posted by Jeffrey Harrison at 4:08 AM No comments: