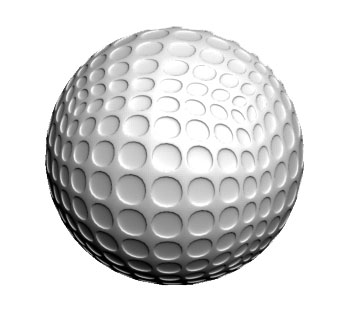 There have been two entitlement stories in the news lately. Tiger Woods explained his behavior as a consequence of money and fame that meant he did not have to follow the usual rules.

And in the case of Amy Bishop, according to a news story and her attorney:

". . . Bishop's failure to get tenure at the university was likely a key to the shootings. Bishop, who has a doctorate from Harvard University and has taught at University of Alabama in Huntsville since 2003, apparently was incensed that a lesser-known school rejected her for what amounted to a lifetime job.

"Obviously she was very distraught and concerned over that tenure," Miller said. "It insulted her and slapped her in the face, and it's probably tied in with the Harvard mentality.""

One has to be careful to fold the Bishop case into this and I have thought it is inappropriate given that what ails Ms. Bishop goes far beyond her apparent Harvard fixation.

Nevertheless it does appear that, whatever her mental illness, somewhere in there she had developed a sense that because she had gone to Harvard she "deserved" certain things in life.

After watching the Woods' press conference I think it is possible that he does understand what it means to have a sense of entitlement. Whether it affect his future behavior is another question. And, the the case of Ms. Bishop, at least we know that observers regard her tragic deeds as a result of the dangerous mix of serious mental illness and a sense of entitlement.

They either do not get it or they cannot afford to get it. In any case, they have no interest in trying.

Posted by Jeffrey Harrison at 12:30 PM No comments:

59 Seconds is a nifty little book by Richard Wiseman. It is not quite a self-help book. Those books usually have 150 pages of trite testimonials and then 20 on how to lose weight, be happier, or grow taller. Wiseman takes the quirky results from various social science experiments about human behavior and describes how the result might be applied to real life.

I wonder if law faculties can learn anything from his book. For example, if a person is in distress in a crowd they are less likely to find assistance than if he or she was with one or two people. Similar, when like people gather together and share the same views, those views become even more extreme. To me, it's kind of a mob mentality. Everyone get tougher when with their political clones.

When I read about the distress in a crowd I wondered if small faculties are somehow more caring about each other than large ones. Or, is it possible that in a faculty meeting, as opposed to a small committee meeting, people are more likely to listen and pay attention to the views of others. I know the connection seems slim but it seems easier to ignore a person stating a reasonable position when the statement takes place in a crowd than in a smaller setting.

On his second point, I immediately thought of faculty meetings and faculty lounges. These are places where people gather and talk about issues. On my faculty there is little or no ideological diversity so the net result of getting together in a faculty meeting or in the faculty lounge is the development of views that are extreme not because people believe them but because of the crowd effect and the ease of ignoring those who dissent.

I have written before about the danger of faculty lounges. The gatherings there can become small faculty meetings with the handful of people then deciding they represent others and then speeding off to the dean to say how "the faculty" feels. In fact, I once saw a faculty candidate with a very high positive vote get undermined by a few busy bees in the lounge.

All of this suggests to me at least that it makes sense to minimize the instances in which law faculties, especially large ones, are permitted to interact. And, I'd turn faculty lounges into reading rooms that are open to students and where no talking is allowed.

It is most important to do this in small towns with large law faculties where the line between social and professional is blurred.
Posted by Jeffrey Harrison at 10:00 AM No comments: