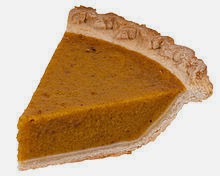 
1. Me. (for too many reasons to list but one of which is spending time doing this when I could be working)

2. Self Important Humorless Law Professors (OK, virtually all Law Professors but especially one up in the DC area) including those who think they are not humorless but whose humor only works to get nervous laughter at a faculty meeting.

3. Anyone using any of the following terms: share, reach out, civility, leadership, practice ready (EF, thanks on this one), thank you so much.

4. Any law professor who name drops in class, in conversations, or in email -- this includes dropping the name of any schools you went to.

5.  Law Profs or administrators who catch administrativitus upon being appointed to any position of supposed importance. Administrativitus is a common affliction that involves lack of transparency, half truths, spinning numbers, lack of humility with respect to tasks they do not know the first thing about, ignoring emails, making decisions to preserve their positions, blah. blah.

6. Anyone who hints that someone else is a racist, sexist, drunk, or homophobic but cannot back it up.

7. Anyone who talks more that 1 minute in a faculty meeting.

8. Those who protect pet programs or their own authority to determine who is involved in those programs without considering the overall benefits to the school.

9. University Presidents who commission 90K searches for Law Deans when any group of 5 law professors could identify all likely candidates for $1.98.

10. A system of legal education that encourages everyone to write when 90% of what is written is useless, meaningless, and results in less student contact.

11. (Yes this top ten has 11 just like you know whose amplifier). Those nasty little petty people trolling the halls claiming to know things no one else knows.

12 (when 11 is not loud enough). Gutless law profs who never write anything down, never take a position based on right and wrong, and for whom life is a long term strategic negotiation about their own self interest.

1. Students who come to class ready to work.

2. Law faculty who stay in their offices other than to get a cup of coffee or take a short break.

3. The current Dean and Associate Dean at UF.

4. Committee members who say "I can do that."

6. Faculty who write no more than an article every year or two.

8. Those who let their work speak for itself as opposed to doing some work and then speaking on its behalf.

10, Eric Fink and Chris Sagers,
Posted by Jeffrey Harrison at 12:54 PM No comments:

Tofu Anyone? Hubris, Architecture, and Voting 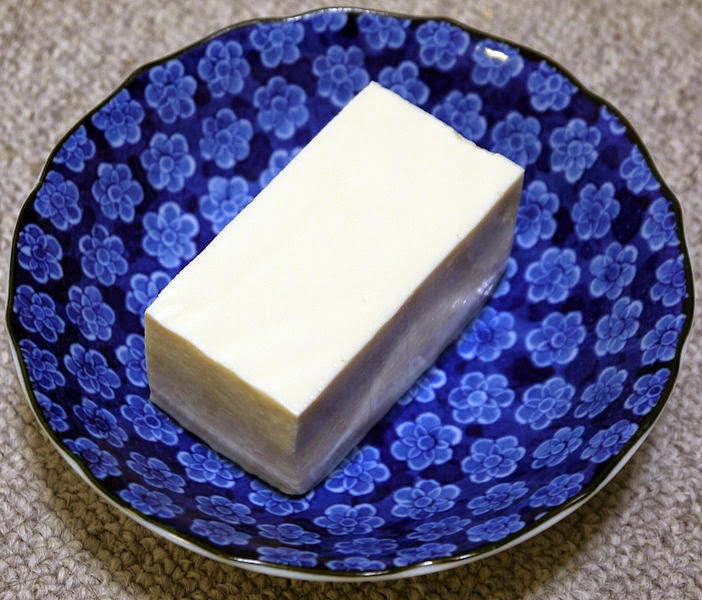 I've seen law professors take on all kinds of tasks better left to others. Among those was how to design a law building. Another is how to decide what to serve at lunch. For example, on the lunch issue suppose there are 60 people with all kinds of preferences and 60 different food choices. Would it make sense to have each person vote for 5 choices and then serve the 5 top vote getters?  People who know about cycling, preferences, and rigging know this will likely tell you very little about what preferences really are. First though Rather than 60, let's say there are 3 choices and 3 people. The choices are roast beef, chicken, and soup.

If everyone gets one vote, it is a three way tie. So how do you rig this to get where you want to go if you personally favor roast beef. First you ask a vote who wins between chicken and soup. The answer is chicken. Now who wins between roast beef and chicken. The answer is roast beef. Having the power to determine how the vote is to be conducted gives the "authority" to determine the outcome.

How else can being the "authority" who determines how people are polled dictate outcomes? Let's say there are 7 choices for lunch and 10 people voting and they each get to vote for (but not rank) their top two. That's 20 votes in total and it comes out like this:

Clearly the faculty prefers Roast beef and tofu. Right? Just hold on a bit. Actually 60% prefer anything other than tofu and 60%  are saying "Please God anything but roast beef, it made us really sick the last time we had it."  If you knock out cheese, beanie weenie, and PB&J and revote, roast beef and tofu may well fall off the list completely.  In fact, if you do not do that, those voters are, in an sense, disenfranchised and you really do not know much at all about preferences.  This is all a middle school level of understanding and why even in places like Louisiana there are run offs.

So what would be the rationale for not having a run off? I  can think of three: 1) you do not care what people want, 2) you do not understand how imprecise one ballot can be in gauging preferences when there are many votes and many choices, or 3) you have a hunch you can deliver 4 roast beef votes but no more and you are worried about the outcome of a second ballot. In the case of law professors, it could be any three.

The Highest Priced Research Assistants in the World: Part 2 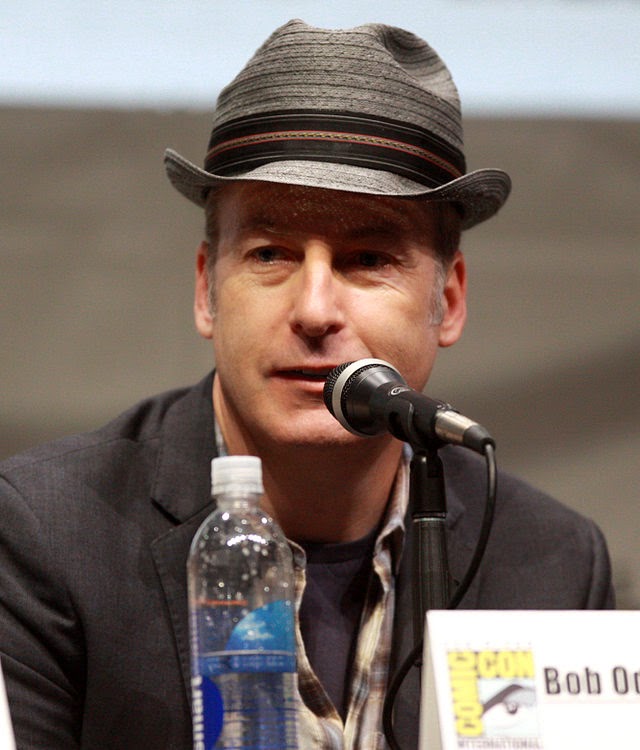 I recently blogged about the highest priced research assistants in the world -- law professors. At least that is what one would conclude if examining only the use of legal scholarship by courts. It is very rare that a court appears to care about a law professor's theory, reasoning, or analysis. Instead, they cherry pick articles for background facts that could have found for $15.00 an hour.

To examine not the quantitative impact in terms of numbers of citations but the qualitative impact, this time my coauthor and I looked at the way scholarship is actually used by other scholars in their work. Do scholars build on the ideas of others? Do the take several theories and combine them?

Unfortunately, this is another instance in which where citation counts may significantly overstate the benefits of legal scholarship. In examining the actual uses of legal scholarship, four categories emerged. First were gratuitous cites. Those were things like, "For more on BeBe Riboso see  . . . ." or  "See generally  . . . . " Typically the referenced materials are related to the author's work but they are not that different from Amazon telling you that since you read The Spy Who Came in From the Cold you might be interested in A Day in the Life of Ivan Denisovich. It is useful but is it worth the cost?

A second category is "hearsay." The author makes a statement and then cites another work because that is where the author "heard" the statement. When one looks at the cited source it usually says what the first author claimed but it too relies on hearsay. So Joe cites Jane and Jane cites Todd for an assertion that may or may be true unless it is obvious in which case it needed no citation. My favorite one in this category was something like, "The common law can be characterized by inconsistencies."

Often when you research the hearsay category you eventually come to someone who has done original research. Unfortunately it may come in the form of the ubiquitous See e.g. cite. The text may say, "The law as it pertains to liquidated damages is changing rapidly," and then three cases are cited for support.  I can remember writing my second law review article and coming to a full stop when I got ready to make a declarative statement like the one above. I asked an older colleague what to do. After all,  I had only read a few cases. He alerted me to the "See e.g." cite and just like that, in John Madden's terms, -- BOOM -- truth was created or at least its appearance which is good enough for legal research.

How about the last category? One scholar carefully reads the work of another and the takes those ideas and the ideas of other and his or her own, discusses them, and actually moves the reasoning to another and original level. In a survey of 100 cites -- all we have examined so far -- we could find it only twice.
Posted by Jeffrey Harrison at 5:17 PM No comments: 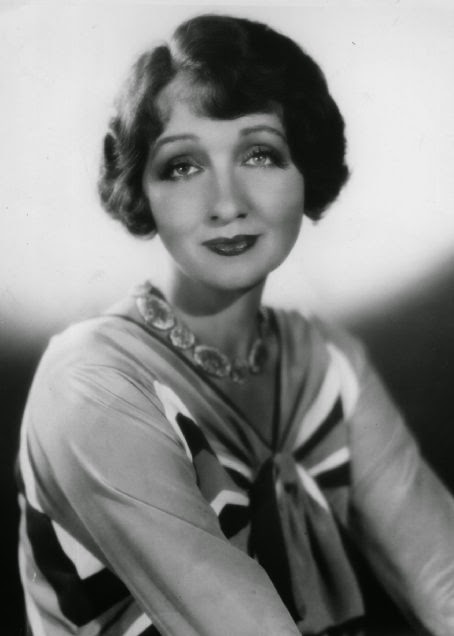 At my law school gossip festers like the Ebola virus if it really were as nasty as CNN wants us to believe. I have no reason to believe it is not the same at other law schools. It certainly was at others I have visited. But one has be careful when discussing gossip because a massive amount of writing about it by social scientists  describes its benefits.  It makes groups more cohesive. Evidently groups can be held together and reciprocity established through gossip. It reminds of leadership. We all admire people will leadership ability, don't we? It is a gift. But hold on just a sec! Hitler was one of the most effective leaders of all time and I'll bet Nazis, especially members of the SS,  were world class gossips.

That, of course is the catch. The term leadership means nothing as a normative matter until we know the goals of the leader. And gossip can be anything from "Isn't it great that John has finally fallen in love" to "I think I smelled liquor on Jack's breath at the faculty meeting?"

I probably have seen some positive leadership in legal education although I cannot think of any right now. I've seen so called leaders throw one group under the bus to save his and the hide of others and then be labeled a leader. As for gossip, it all seems to be negative and undermining as, I have read, is characteristic of workplace gossip.[Here I must add a qualification before ranting about gossip. Gossip typically fills an information vacuum at work. Thus, when administrators are less than transparent, secretive, misleading, etc. they invite gossip. Thus, one way to minimize gossip is to provide accurate information.]

So why is gossip so attractive? First, accuracy is not required. You can simply mislead people in hopes of getting a desired reaction. You achieve your goal and maintain deniability -- "I did not say that." You can fish around for support by dropping little pieces of bait in hopes someone will grab the bait and run with it. You can slip in and out without being seen. You can tell one person one story and frame it so it appeals to his or her insecurities and then tell a similar story to someone else and custom frame it to fit that person's insecurities. Let's face it. Gossiping and hearing gossip can be thrilling but it is always at another's expense. Generally it's pretty cruel -- think SS, mobs. Mean Girls, Lord of the Flies, bullies, etc.

One thing that all recipients of gossip need to keep in mind  is that most of the time,  the person coming to you is there to use you. You are supposed to pass it on, become inflamed, protest publicly. The gossiper is not your friend. He or she is the puppet master. Ironic isn't it since the person hearing  gossip actually feels honor to be confided in. For example, if a student comes to complain about a professor, doesn't that mean you are a trusted "friend."

Do you want examples of workplace gossip? I can provide a list that would fill a blog post reaching from here to Ojus but that would just be another form of gossip. But, for all gossipers at all law schools. This is about YOU.  And for every administrator who fuels the flames of gossip because he or she is personally better off if some things are secret, you should be ashamed of yourself.

Posted by Jeffrey Harrison at 4:53 PM No comments: