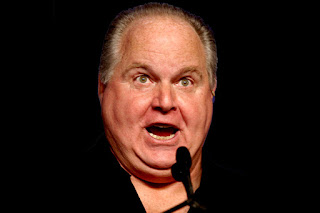 I ran across the term "normative scholarship" in an article in the Journal of Legal Education by Robin West. It is, of course, and I think she would admit, an oxymoron. I've looked up every definition of scholarship I could find and no where is there any mention of normativity. Scholars search for information, inconvenient and otherwise, and report it. When they do, it is scholarship.

When they add the "should" element, it stops being scholarship and it becomes advocacy. This is not  true just of your run of the mill article in which someone tries to convince you that the position they hold is the "right" one (usually by reporting what others have written that supports that position and not reporting what does not.) It also applies to any empirical work in which the author interprets the results with a certain "correct" spin without coming clean about other possible interpretations.

This is not to say no law professors produce scholarship. Some do. And, this is not to say all normative scholarship is bad. But it is to say that it is not scholarship, it is advocacy. Why don't more  law professors do scholarship? The easy answer is they do not know how. They were not trained to be scholars. That is not good enough. All of them were law students and all of them, I hope, were taught to be critical thinkers. Even on their exams I think they were told to spot the issues. This meant exploring the strengths and weaknesses of both sides of the issues. I am going to make the not so wild assumption that every law professor did well in law school and that every one learned to be critical even of his or her own thinking.

So, did they become advocates by practicing law? That does not wash either. Anyone who wrote a brief in support of one side of  case certainly, if he or she hoped to effective, thought of every response to the arguments and reasoning presented.

If law professors were critical thinkers when they were students and had to be critical thinkers to the extent they practiced law, how did it evolve that they lost the one ability that distinguished them from politicians as well as the Rush Limbaughs of the world? What exactly about being hired onto law faculties qualified them to be moralists? Is it just arrogance that propels young Jane or Timmy into thinking making high grades at an expensive law school made them minor gods? In fact, nothing made them any more qualified to say what should happen than (dare I say it, oh what the hell) that orange guy with the dead dog on his head who will soon be President.

But here is the good news. In the vast uber vast number of instances their moralizing goes no further than other law professors who share the same points of view. Their scholarship is like a pebble tossed in a pond and results in not a single ripple. In legal scholarship, still waters run deep.
Posted by Jeffrey Harrison at 12:29 AM No comments: