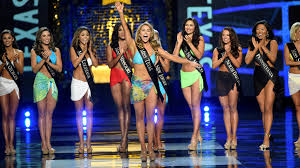 The promotion of legal scholarship and the massive resources invested in the law school ranking race are strikingly similar. They are net drains in resources that rarely if ever produce anything beneficial to society -- dead weight losses. They are expenditures that serve the personal vanity of professors and administrators -- no more important than an institutional swim suit competition.

Consider legal scholarship (or what passes for scholarship since most articles are inflated  short pieces with numerous usually irrelevant footnotes). It has been reported that the average law review article costs about $30,000. As a point of reference, you can build a Habitat for Humanity house for about $90,000 or the cost of three articles. Citations of articles are correlated with the rank of the law review publishing the article, the rank of the school at which the author teaches, and the rank of the school from which he or she graduated. Citations, therefore, do not measure impact or anything else other than citations. A survey of the reasons for citing articles reveals that articles very rarely have any influence on the ideas of other scholars, lawyers, or judges. They are often cited for the facts they state without attention to whether the cited article had any authority for those facts. Alternatively, they simply puff up an article that really is not much more than a two page op ed piece.  Unless a judge, a legislator, or an attorney successfully relies on the (rarely) novel ideas found in an article, the article is a waste of an average of $30,000. There is also no known correlation between article writing and teaching effectiveness. Articles exist almost solely so that law professors can compare themselves and compete with respect to promotion and salary.  So what does scholarship do? It makes the professor look good to himself, may impress those delusional enough to think legal scholarship is real scholarship, and gives law schools something to publicize in the shameful ratings race. It is like deciding who wins a swim meet on the basis of a swim suit competition.

What about the rankings race?  It too is an expensive effort that produces nothing that is socially beneficial. In fact, the law school ranking disaster is probably worse than scholarship. For example, people are hired to scheme ways to advance in the standings with no consideration for whether the result is more effective instruction. The "marketing department's" principal or only responsibility is to promote the image of the law school including inflating the accomplishments of faculty. Students well-qualified for admission are turned away (or asked to delay their admission) in the interest of elevating a school's average LSAT scores and GPAs.

High LSATs and GPAs are essentially products sold by students to law schools that pay for them through scholarships and other forms of subsidization. Most tragically, these payments do not go to those most in need. In fact, the affluent and high-scoring students will become attorneys anyway. Paying them to go to law school is purely in service to law school vanity.  And, in the meantime, less affluent students who may be well-qualified to be effective attorneys are ignored. The net effect may be an income redistribution from those less well off to those better off.


All of this is especially repugnant when it takes place at a public law school.