Tabloids,Pathetic Law Professors, and Their Use 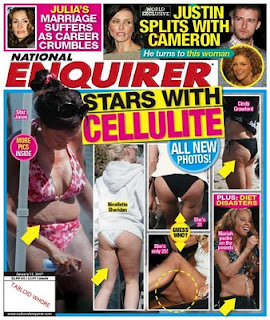 Any one reading this is probably aware of the recent study published by the Michigan Law Review on the one hundred most cited law professors.  I wrote in disbelieve , that a reputable law review would publish such garbage.  Not only was the study flawed but the whole subject matter is irrelevant to virtually everyone except a craven group of law professors who truly must not have a life.

Now, low and behold, we have a ranking of the 50  most influential law schools as ranked by the Leiter scale. I do not know Leiter  but do not think highly of anyone with a ranking obsession   There are so many things that are better to do. In fact, if I rank the top 1,000.000 things to do in the world, these silly self indulgent rankings would not be in the ranking. I hasten to add that Leiter, whoever he is, is not an author of this particular ranking but evidently it is one of his "activities."

Why is any of this important? The rankings themselves are not. They are completely unimportant with respect to any measure of human well being,  What is important is that they exist at all and what that tells you about the pathetic people who pore over them and the profession they control.  If you followed any of my previously posts, they have been devoted to law professors, most of whom are what is currently called liberal, and their connection to the Romnesian 1%.  In both cases,  they are beneficiaries of a rigged system. And having benefited from the rigged system they want to make sure it stays that way. At the same time they are 1) desperate to know where they rank and 2) they bank on, live on, and salivate over institutional authority. That is, it's fine with them that they are not actually relevant as long as a rankings says they are. In fact, they actually regard themselves as important or as smart as the rankings say they are.

Does this mean I condemn the authors of such silliness. Not on your life. It is, in fact, pure marketing genius. Check out the number of SSRN downloads for this latest effort -- over 1200 in a short period for an article that has nothing to do with law but is full of name dropping. The authors know what sells to law professors. Yes, law professor cannot get enough of their version of grocery store tabloids. Bless their hearts!
Posted by Jeffrey Harrison at 7:56 PM 5 comments:

The Silver Spoon Twins and the Law Prof 1% 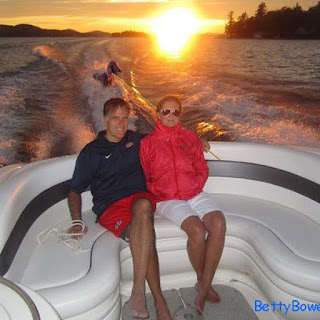 I point out that most law professors have their jobs because of a system rigged by the elites -- call them the 1% -- they want to keep it that way.  In fact, they have a trickle down mentality. -- The rich ones supposedly with the knowledges will discuss it and some of the knowledge will trickle down. It never trickles down enough so that the recipients can be as entitled as the 1% but you get the idea.

Out of touch with real America is another way it presents itself.  Here think about the SSTs and their ideas that one can just borrow money from mom and dad to go to college or that a no capital gains tax will be a big win for those earning under 200K. I will not even get into binders.

Now think about the law prof who invited his class to meet and have a beer. When no minority students joined his conclusion was "I guess they could not afford beer." Huh?? Or the Prof who thoughtlessly assigns a $200 casebook. Or the Prof who has never known anyone on welfare, in jail, hungry,  or who recieves food stamps. Like the SSTs they do not have a fucking clue and they prefer it that way.

So their politics may differ but at a base level the are the same. All of them will still see each other at the Vineyard or some other place like that and the class-based bonds between the SSTs and law professors will overcome all disagreements.

What is Winning for Law Professors? 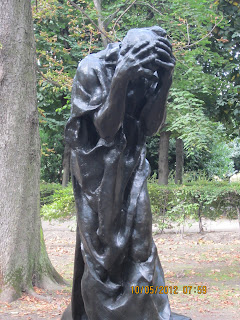 This is not only about law professors but it is in that context that I see it played out. The" it" here is defining what  it means to win.

For example, in Obama's case, suppose someone said to him, "We have decided to allow you to be President but only for 4 more years." Would he define that as winning? If he were a real law professor the answer might very well be no. For many law professors the symbolism of winning is at least as important as, or more important than, the substance of winning. Letting a law professor do anything is not a win for the law professor. Instead, they like to be asked.  It's really a matter of which party is doing the other a favor.

Another example might be many Romney and Obama voters. Sometimes I think the two candidates could both switch positions on every issue but the Romney people who fight for Romney and the Obama people for Obama. Winning means more than substance again.

In Law school I've seen it play out like this. Someone proposes a new boutique, unnecessarily capped course that  is a luxury to be a permanent addition to the curriculum and it is approved, as is every single new course, by the Committee in charge. They are all  approved  because the law school I am talking about is run for the convenience of the faculty and there is almost uniform cooperation in this effort.

So, now the course comes to the faculty and for the first time in history the faculty decides to only approve the course for 5 years. This is because there are major changes to the curriculum afoot and it makes little sense to put anything in stone.

The proponents of the course win, right? Not to them. The substance is that the course will be taught most likely until the the faculty member teaching it retires or leaves. (BTW should any course be offered that will sunset with the retirement of a specific professor?)  Does this matter? Not really because substance is second to victory.

I'd like to provide an explanation for this behavior but I cannot. Maybe it is just the sense of entitlement -- you want people to give you what you ask for AND act happy about it. Maybe it means that the faculty has done a favor for the proponents and that suggests a quid pro quo is requrired. Or perhaps it violates the "volunteer" theory I have written about. Law professors never want to appear to ask for things they but want to appear to "volunteer" to do things. You've seen examples -- "oh yes I will volunteer to take that round the world trip to scout foreign student opportunities."

Actually, maybe I have figured it out. Law professors view life as a negotiation. It would be bad negotiating to appear to be satisfied even when you get more than you deserve.
Posted by Jeffrey Harrison at 10:28 AM No comments: