The Actors, the Audience, and the Adversarial System : Are All Law Professors Anti Intellectual? 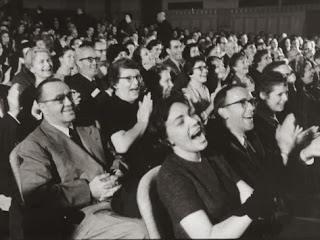 The recent New York Times article on the valulessness of law reviews set off a bit of discussion on my faculty and others.  The article is accurate. There are 6000-8000 articles published a year and, let's face it, may 10-12 new ideas a year. Nevertheless, many law professors, like trained seals, jumped to defend the status quo.  What is interesting about the defenses is how much they reflect problems in legal scholarship generally. They also reflect the tendency of law professors to suspend their disbelieve like an audience watching a play. Only in this case they are also the actors. Consequently the whole enterprise is like appauding oneself but never asking if anyone else wants to see the play.


1. Taking a position instinctively or for self interested reasons or because it is politically comfortable and then searching for support.
2. Citing something for a proposition that a careful read will show is not supported by that cite.
3. Believing that something is true simply because you think it is true.
4. Ad hominem arguments.
5. Relying on anecdotal evidence. This inclides making a statementsof fact and overusing the ever present  "see for example."
6. Not researching a topic because you might discover something that would be unacceptable to report and still be viewed by others as the right kind of person.
7. Writing about the same thing over and over.
8. Defending a defective system by reference to others that are arguably also defective.
9. Refuting an argument like that in the Times article by noting  exceptions. This one was a favorite of the legal scholarship defenders and is actually pretty embarrassing.

So what is up with this?  Part of it is that law professors as law professors do what they did when they practiced law. All of the things listed above can be found in many legal briefs or in oral arguments. They may be acceptable there  because it is supposedly an adversarial system. I do not want to call it all dishonest but some of it is but some is just aggressive representation. The notion of aggressive representation does not work so well in the context of scholarship. Somehow law professors are unable to or too lazy to recalibrat and understand that scholars do not treat legal topics like they are clients. (Of course sometime the professor is the implicit topic and then the possiblity of actual scholarship occurring is close to zero.) Nor do they seem to understand that conclusions follow from research not the other way around.

So, the actors act like they are doing scholarship and the audience applauds. The fact that virtually no one outside the realm of law professors cares to see the play is lost on them. And please, if someone comments on this do something other than cite an exception.

Posted by Jeffrey Harrison at 11:42 AM 2 comments: 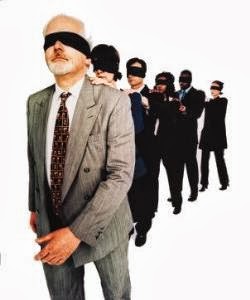 There are two things one can depend on in faculty meetings:

1. People with the least useful information to impart will hold the floor the longest.

2. One or more people will disregard the truth in order to advance their positions.

I am not sure which is worse.

The first one means 20 to 50 (depending on the faculty) are held hostage. You cannot shut the person up. (That would be oh so inappropriate.) and, for the most part, you know what he will say before he says it.  Worse yet, he may be utterly unprepared to speak about the issue at hand. Does that stop him? Not on your life.  More likely than not these droners have not  paid attention to whatever is being discussed and then "opps" they realize either 1) this could affect me or 2) I need to make my presence felt. What is the arrogance that drives these folks to think they have something anyone in the room or the world, for that matter, care about. Was it the As their sorry ass professors at their elite schools gave them? Was it their parents who completely missed the unit on teaching your children even a modicum of humility.

The second eliminates the small possibility that rational discussion can take place. The need to make things up comes from wanting to be viewed as an authority.  Interestingly the same things that are a big deal in class (Mr. Jones is that really what the facts are?) is not valued at all in faculty governance.  I have been in appointments meetings in which the chair announces a candidate got only positive responses when it is demonstrable false. I have heard people tell of a policy designed to address someone's misbehavior when the misbehaving person retired way before the policy and was not mention in the discussion.  Funny, it's a bit like getting change back in Italy -- the mistakes always cut one way. When things are made up those new facts always favor the speaker's position.

And then there is the not technically a lie problem.


Posted by Jeffrey Harrison at 7:30 PM No comments:

The Economics of "Put Me In Coach" and Other Transaction Costs 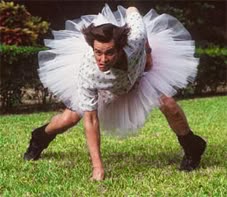 Any one who played sports as a kid knows that along the sidelines there is all kinds of lobbying. Some kids stand here hoping the coach will see how hard they tried and performed in practice and then let them play in the game. Others are constantly in the coach's face saying "put me in coach."  There is a good economic explanation for this. The self-promotional ones create a little disutility for the coach and he or she can escape it by just putting the kid in. At the margin this makes all the difference. In turn, the shouters raise the transaction costs of the quiet kids. If they too want to play they have get in the coach's face. These are transaction costs because they do nothing that is productive.

Law professors do the same thing. As I noted over on Moneylaw the "put me in coach" phenomenon has extended even to signatures. It's all about "look at me." This means those who sat quietly on the side lines hoping that their good play would be recognized either have to join the game or accept sitting on the bench. And, nothing productive happens.  Of course, the signature is only the latest form of "put me in coach." It goes way way back to the first instance of resume padding and extends through constant reminders of what you have done lately, kissing the dean's butt, and doing things that look like they are actual things but really aren't much. It all works just like gaming the Law School ratings until everyone does it.

Of course, none of this works unless there is a pay off. The coach who says," get your ass back on the bench" can stop this waste and reduce transaction costs. The coach, dean, search committee, or faculty member who responds to this just encourages it making it hard on those who are productive in practice but hope the coach cares enough assign playing time on the bases of merit.

Perhaps one measure of a good  law school is how much of this goes on and how much the administrators feel obligated to look at substance and ignore "put me in coach"  in its many forms. An administrator who is too busy or too worried about his or her own disutility only gives rise to additional waste.