I Am So Polite About Money 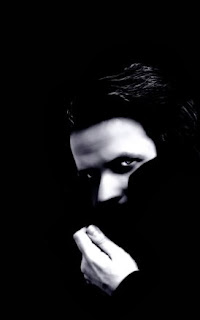 One of the things upper class people do not talk about is money. Most have never worked two jobs, struggled to pay a morgage, or had to send money to a relative to get out of jail. Money is beneath them! It's just downright tacky to show concern about money! (It makes we queasy just thinking abouty it.)

Not exactly! Part of the life long negotiation that governs their lives is not to show vulnerability including with respect to how much they are paid. In fact they do care. This is not to say that the money per se is the issue. Instead the money symbolizes whether they are valued by someone else as much as they value their selves.  And since everyone is above average (apparently this is a universal thing) each person deserves more than the average. (I am pretty sure this is numerically impossible which means one of a  law dean's most closely guarded secrets is what the average actually is.)

So, here is how it works. Let's say for the first time your law school has money to give raises. No one talks about it except maybe to their closest friends or in code by mentioning the type of work that is "valued."

And then, they individually directly or indirectly make their cases where no one can see. I do not know what percentage find their way down to the dean to talk about the importance of their work, how many students they teach, why they should be making more than Sue,  how the new salaries to new people mean they are not making a "fair" salary, why they were so busy with important matters that there was no time to write, or  the jobs they could get if their salary is not high enough.  Each one probably imagines he or she is different from the person who just left the office. Each story is imagined to be unique.

I probably agree with many of the cases they make. It's the pretense that puzzles me. Do they actually not know the dean has heard it 1000 times? One thing that is worse than the pretense is the, I hope, remote possibility that anyone listens.
Posted by Jeffrey Harrison at 3:44 PM 2 comments:

Externships for Students or Employment for Graduates? 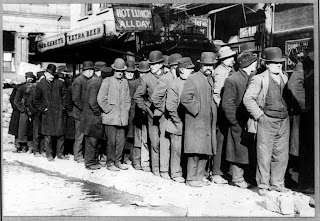 An empirical questions keeps occurring to me and it deals with the relationship between externships and employment. By externships, I mean the practice of law schools to grant credit to students who work for government agencies and various corporations without compensation. If schools offering these opportunities are true to their promises, these students are are not just fetching coffee and typing. Instead, they are often doing what a law school graduate might be doing if someone were not already doing it for nothing. Of course, externs take the jobs of others even  if they are only typing and fetching coffee but law schools aren't inclined to worry the "little" people. While encouraging externs, law schools wring their hands about the employment opportunities of graduates.  Part of the wringing can be traced to the negative impact that low employment rates  have on national rankings but there is also generalized worry about the future of the institutions, positions, and income.

Of course correlation does not mean causation. There is clearly a correlation between externships (free labor) and the unwillingness of employers to hire graduates (paid labor). It would be silly, though, to think more externships have caused the current conditions in the market for graduates.

But wait.  Is there really no impact at all? Is it really possible that hundreds of students willing to work for nothing actually have no impact on those who would like to be paid? I doubt that. That leads to question about just how much of an impact there is. For example, do 20 externs lead to one less full time paying job?  Externs and graduates are in many respects perfect substitutes, One is priced at zero. The other is not. If you were a profit maximizer, which would you choose?

So, are law schools offering an opportunity to current students that is paid, in part, by recent graduates. I think so but I cannot say  how much. 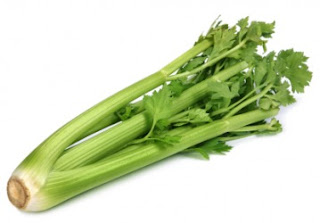 At my school all salaries are a matter of public record. If you want to know who makes what, you can look it up. I did a few years ago and then I realized how little I knew. For example, all but a few get paid all year but for most only a 9 month salary is reported. In addition, there is an unreported bump associated with various chairs and professorships. The public record actually tells you very little about actual salary. (Why those actual salaries are not reported and how they are determined is too complicated to be explained, or so I have been told.)

All of this leads to a behavioral economics type of phenomenon. Recently I discussed the reported v. unreported salary matter with a couple of colleagues.  Both expressed concern that their public salaries were lower than their actual salaries. More importantly, they might be earning more than a colleague but it would not appear that way to the public.

In both cases the reasoning was that students and others might make inferences about their competence and relative competence based on salary. Moreover this halo effect could carry over to evaluations. Something like this: "Gee,  don't have any idea what professor Jones is talking about but he must be great because she makes $30,000 more than Professor Smith." When you think about it, it is no different from the institutional authority law professors and law review editors worship. You know, "OMG, she must be good, she went to Yale" or "The article must be great because the author went to Yale and thanks Professor Big Cheese for his comments on an earlier draft." Of course, we all know the Professor Big Cheese just shared a cab with the professor and said "Good luck in your job." So, the validity of institution authority must vary on whether it cuts for you against you

But the most interesting thing is this. Clearly some professors would accept less  in order to have their salaries reported as more. Presumably in a negotiation with the Dean, he or she  could say: "Bill your salary next year will be $100k but if you will take $98K I will report it as $150K. In fact, a shrewd Dean could auction off higher reported salaries. The bids would in the the form of a reduced actual salary. This is a great cost saving strategy for the Dean with budget problems.

Is this irrational? I am not sure. If a higher reported salary leads to better evaluations and a better reputation across the profession, maybe in the long run  high reported salaries have the same impact as high prices on Veblen goods -- it makes the product even more attractive.

Wonderful article. Just substitute law professor for Brits. It's all about never showing feelings because if you do, others will know how you actually feel and anything but the most general and misleading statement is uncollegial: . http://www.telegraph.co.uk/news/newstopics/howaboutthat/10280244/Translation-table-explaining-the-truth-behind-British-politeness-becomes-internet-hit.html
Posted by Jeffrey Harrison at 1:13 PM 2 comments: