Riding the Train, Not High on Cocaine, and a Serious Talk with My Dean 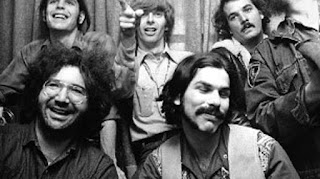 I hate the US News rankings but had to smile when I saw that UF Law had gone up 7 slots. Once I retire I expect it to sky rocket into the top 15 or 20. Some of the increase came by raising the LSAT score of entering students while NOT decreasing enrollment (like other schools)  and actually increasing diversity. I personally am not keen that students are recruited and courted like football players but, then again, it is a mixed bag. It appears to be the way the "game is played" these days and if you can do it without cutting class size it's amazing and an example of what a dean with focus, grit, and energy can do. Plus, a higher ranking and higher student credentials likely lead to better employment outcomes. That, in particular, is hard not to like.

I also had to smile because, according to rumor, the tax program has maintained its ranking.  It is a testament to the Dean's efforts since people inside and outside the law school, including many grads, had decided the program was being dismantled and spread the word far and wide.   Yes, even those who tried to scuttle the program to preserve petty interests evidently had no impact because the Dean was determined to rescue it from its 1950's mentality.  Like the regular JD program,  I would not be surprised if rose in the rankings given some of the newcomers to the program and one outstanding offer than I hope is accepted.

But where does that leave me? My blogging was motivated by the sense that the dean for 10 (seemed like 20) years defined his job as keeping his job which in turn meant saying yes to the right people (usually the wrong people), saying no to as few as possible, and leaving a legacy of wasteful programs and people with a sense of entitlement the size of Donald Trump's ego. If you have been around more than the smallest sample of law school deans, you get my drift so I will spare you the details. That blogging was fun, though. It drove some of my colleagues crazy, that is, when they were not quietly whispering to me, "I cannot say this to anyone but I want you to know I agree with you."

Those were pretty awful years but they were fun and now my Dean has taken the fun out of blogging. Sure, my stress level is 1/10 what it was, my blood pressure is rock bottom, I sleep through the night, and I am generally happier doing my research and teaching, but no blogging fun. So it is time for serious talk with my Dean. Can she make me a happy blogger without bringing back the past?