The Diva Tax: Insufferable Diva BUT He Writes 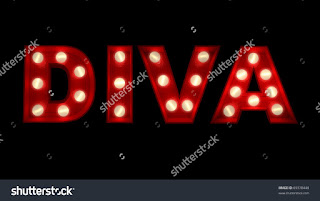 I mean he and she divas although I know that is technically incorrect but cut me some slack on this one.

I wrote about this general idea some time ago. The context was whether "character" should be consider a plus among law professors so that it off-sets a lack of productivity. The converse question is harder -- should a low character law professor be cut extra slack if he or she writes or at least is perceived as being productive.

I suppose there is a difference between character issues and diva issues although I am not sure there is a bright line. I have recalled in a prior post a situation in which an appointments committee discussed whether to hire a productive married visitor who kept an apartment close to campus for entertaining female students. After about 15 minutes, the dean who was there, said, "Why don't we talk about his qualifications." I thought before that statement that character was part of qualifications.

On the other hand there is the never pleased person -- the wrong course, the wrong time, too many students, too many days of the week, not enough research assistants, secretaries got it wrong,  broken record in faculty meetings, protecting turf, knifing others behind closed doors, and on and on. I guess this is not technically a character matter but a pain in the ass or diva issue.

Here, I think, would be the conventional thinking. If you do not write enough you will pay for character issues or being a pain in the ass. On the other hand, if you write enough, you pay no price. Is it a double standards? Should it be a standard at all?  If someone is a good salesperson, do employers really worry about whether they are good parents or abusive. (Or whether the floor show is racist sexist, or demeaning?) Probably not because the bottom line is money. And in law school rankings, the bottom line, along with student qualifications and placement, there is image which is often based on writing. So, in a sense, law school administrators do not and should not care about divas unless it affects the writings of others.

Makes sense, right? No, sorry. It does not. There are plenty who write without being pains in the ass. They line up each November or October in Washington DC hoping for a job, pleading. Many of their resumes already make incumbent law profs look like loafers, some with tassels even. They populate many faculties. There are a bunch on my faculty -- the productive non divas I mean.

Bottom line? There is never a good reason for law school administrators to coddle those who make trouble because the supply of productive law professors or potential law professors far exceeds the demand. Think of it in economic terms. Divas make schools pay a diva tax. What do we do when there are good substitutes for things that are highly taxed? We buy something else. So should law schools.
Posted by Jeffrey Harrison at 5:19 PM 1 comment:

Anyone can make these foods: 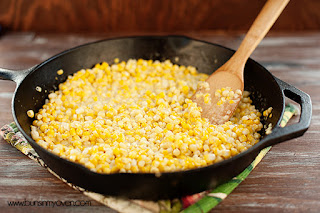 1. 1. Bike, drive, or walk to grocery store.
2, Buy fresh cherries and one can cream corn
3. Return home
4. Pit cherries and chop
5. Mix cherries with cream corn
6, Add flour until mixture is like cookie dough
7, Preheat frying pan.
8, Place dollops of dough in pan and cook until golden brown.
9, Sprinkle cheese on top
9. Eat
Posted by Jeffrey Harrison at 9:13 AM No comments: