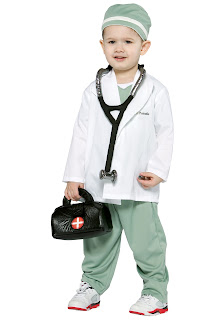 In visiting the tribe over an extended period of time one thing that stuck me was the emphasis on a game that when I was a child we called "make believe."  In those days we might pretend we were doctors or police men. The "make believe" I have observed can only be called "I am important."  The truth is that almost no members of the tribe are important except in the context of the game.

For example, thinking I was part of the tribe a book publisher called me. He asked me to collect articles from members of the tribe on a particular subject and, if I did, he would publish them in a book. My name would go on the book as editor. But then he added,  "you really do not have to do anything. Just tell us which articles you want to include and we will get them for you." I was puzzled.  I would have my name on a book -- something highly valued by the tribe- but I actually  would not do anything useful.

This pretending to be important ritual can be observed at annual meetings.  Members of the tribe from all over gather. They give speeches to each other which no one remembers. They seem to take turns giving these speeches. After each one, they clap and then they are viewed as having done something important.But they are only important in their own minds. The game, as best I can tell is that I will act like you are important if you will return the favor. This reciprocity does not carry over to financial matters. For example, there is usually a contest to see who knows the best restaurants in the cities where  these meetings are held. When the bill comes, the members can spend hours calculating who ordered what and what each person should pay.

One prominent example of the "I am important" ritual actually occurs at these dinners when the waiter-person comes to ask what each person would like to eat. Each person has very special needs. Like "water, no ice," no nuts," "dressing on the side," "please substitute peas for the Lima beans," "is the chef unionized," "please place my order in the original Cantonese," "was this plate washed at the appropriate temperature," and so on.  And that is only for the appetizer. The wine ordering ritual is far longer.

The "I am important game" is far more extensive than this. Each member of the tribe does some work teaching and writing but far more work publicizing his or her work. Announcements are made about meaningless efforts, lists are created. Often they measure their importance by the number of article they have published but that are very rarely read.  So, instead of being noted for what was said of importance, the publicity may be "Professor Tom has published 56 articles." This is regarded as better than 35 articles regardless of what the 35 said. Often the articles are based on the talks they gave to each other in return for listening to the talks of others. In fact, these talks and articles are frequently all about one thing but have different titles in order to create the image of importance and higher number. One thing is clear. The tribe has great tolerance for repetition.

I cannot figure out how one knows for sure if he has won the game.
Posted by Jeffrey Harrison at 10:02 PM No comments: 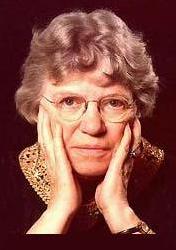 Most of my blogging is devoted to observing a culture that I did not know existed until I jumped a class or two and wound up as a Law Professor. It is as strange to me as it is to anyone observing a society that he or she did not know existed. Some things are small like why everyone is on a first name basis but sometimes in faculty meetings they shift to "professor" this and that. Why is there laughter at the dumbest wise cracks. Why to people say  things "are not personal" when ten minutes earlier they were referring to the same person as someone not to be trusted.

There are more serious practices that also seem odd. Why do they value facial collegiality so much when privately they complain about each other. In fact, the most uncollegial thing one can do at times is to tell the truth.  And, it is far more important and acceptable to create history as opposed to saying "Yes, I may have screwed up."

In a field study a few days ago I think I observed the "not technically a lie" norm used again. It evidently is so ingrained in the culture that it not viewed as a negative. For example, a committee comes to the faculty for approval to hire one of 4 candidates on a slate. The committee does not reveal that there is one person of the  4 who is related to a faculty member and will be the choice if the 4 are approved. That one is made an offer and when it is suggested the committee (which in theory works for the faculty) should have indicated what the vote was really about the answer is "we said there was a slate of 4 candidates and there were 4 on the slate." How odd that this is acceptable.   But this is a very simple example of the norm which is pervasive -- not a lie but avoidance of transparency.

But this only leads to the second oddity. It seems like for a majority of those in this culture, allowing line cutting is fine. They would not like it if it happened in a line for movie tickets (a small matter) but when it comes to a friend or relative looking for a job, it's evidently understood that line jumping is normal behavior. So, for example, you might search for someone to fill a position and actually interview or consider 80 people and almost invariable the the "best candidate" is someone you already know or are related to.

There is also an unusual division between management and workers when it comes to committees. Committees are made up of faculty who, in theory, represent and report to the faculty on matters ranging from hiring to what courses will be offered. The committees are, however, appointed by management. Plus, some individuals really want to be on specific committees -- it makes them feel important. So, rather than represent workers (faculty --  and, yes, I use the term loosely) they do what they are told by management. And, if this is questioned, they are appointed to examine themselves to determine if they are doing everything right. In short, there is no accountability to those they purportedly serve.


Posted by Jeffrey Harrison at 4:47 PM No comments: 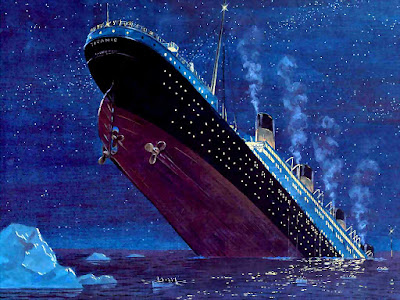 Almost 100 years ago the Titanic went down in about three hours. If you cut through the details it was about hubris, greed, disorganization, carelessness and uncertainty. The Titanic "administrators" consistently ignored warnings of icebergs and sped at nearly top speed through the ice fields of the North Atlantic. No doubt that decision was made by those in charge in part because there was tremendous emphasis on being on time. The externalities of hubris and a focus on a singular goal was the lives of hundreds.
Are there signs you are aboard the law school Titanic? Of course. Here are a few:
1. On an ordinary school day you are called by an administrator calls and asks if you are holding class that day. You ask why and the answer is "Because so many others have canceled class."
2. Your dean sends out regular emails congratulating people for their accomplishments. Accomplishments include include being contacted by a newspaper but not being cited by a court or another scholar.
3. You have an externship program under which you charge students for credit hours but do not teach them and, as far as you know, no one else does either.
4. You approve a battery of courses about "Feelings." Not the song, that would be better.
5. Every peer evaluation of the teaching of every untenured faculty is extremely positive.
6. You fudge, lie or massage employment data.
7. Being a "good father" or a "good mother" or a friend or a spouse become relevant in tenuring and hiring decisions.
8. Procedure is created to achieve the desired ends of a few.
9. Warnings of trouble go unheeded until they become incidents worthy of investigation.
10. As the ship sinks (employment rates decline) you take aboard more passengers who are even less likely to know how to swim.
11. When things get nasty, the captain and his crew have a private lifeboat.
Posted by Jeffrey Harrison at 9:16 AM 5 comments: