Trump: Karma is a Bitch 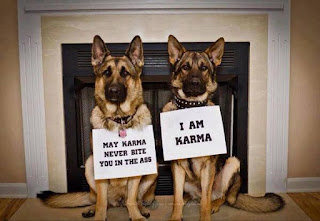 When I was in college we raged against the war, some sincerely and some because it was the thing to do. Around the fringes (for whites, that is) it was also about race but I always had the feeling that Blacks knew in their hearts that whites were fair weather friends.  Toward the end of those years it was about gender and the environment.

Class was never the focus. It could have been different. If there was anything that characterized the war it was race and class. Minorities and working class kids fought the war and paid a huge price. Nevertheless, the movement against the war never really attempted to enlist working class and poor people. After all, they were not taking semesters off to study in Spain and they might have short hair because they did not have the safety net that permitted rebellion. (Is there was way to spell rebellion with an even smaller "r" or maybe it was just a middle and upper class temper tantrum.)

I've never really regarded the women's movement has having much to do with class, except by coincidence. Yes, data about wage differentials sweep in class issues but, for the most part, it is not what feminist focus on. Let's face it, the elitists who write about feminist issues are mainly interested in middle class and upper class women. Thelma, a single mother of 2 in need of dental work and who cannot afford to see any doctor other than the 5 listed in her plan (if she has one) is hardly the subject of many feminist law review articles.

And, what exactly was the plan environmentalists had for coal miners once the mines were closed. Or were they just collateral damage not to be worried about since they hardly count anyway.

Class has always been of very limited interest to liberals and Democrats.  After all, low class people are not interesting, have no eloquent spokes people, have not been to Europe, do not read the New Yorker, might have some acne scars, may be missing a tooth, wear clothes that are too loud or faded.  and you would not want your son or daughter marrying one.

Feel that pain in your ass that looks like Donald Trump? Guess what all you do gooders of the past 50 years. You just got a shot to the gut compliments of the people you ignored and walked over.

I once asked a friend why Law Professors were not more interested in issues of class. His answer, "It's too important."
Posted by Jeffrey Harrison at 4:58 PM 2 comments:

Your Loss, My Gain, and Purposeful Externalities: Rethinking Responses to Spite 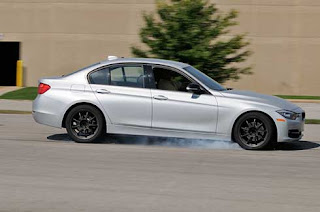 Schadenfreude and spite are similar in that they involve deriving pleasure from the misfortune of others. They differ in an important way that has implications for the law. For the most part, in the case of schadenfreude the pleasure is a windfall. The person finding pleasure in the bad luck or poor decision making of another may not play any role in bringing the events about that lead to the unpleasantness. Spite, however, means actually playing a role in making others worse off – purposely creating an externality.  In fact, in some cases, acting spitefully means both parties are worse off but the spiteful person is willing to pay to make the victim worse off because of the satisfaction derived.
The fact that spite requires a cost and that cost leads to harm, even if only psychic, of another makes the phenomena different from other areas of law in which externalities are involved. For example, torts are often the result of one party attempting to save money by not taking preventive measures. In contract, the harm from a breach is a direct result of the benefits the breaching party seeks. The spiteful person is rewarded too but a different relationship exists.  The money saver in the case of torts or  contract breach would just as soon that the harmed party not be harmed. They derive no pleasure from that. The spiteful  person only derives pleasure if another person is worse off.
From the perspective of the spiteful person, spite can be efficient or inefficient. Efficient spite comes about when the spiteful person gets more pleasure from the discomfort of another than the cost he or she incurs to bring about that displeasure. Two types of errors may occur. To illustrate take the case of someone who touches his or her brakes lightly to annoy a tailgating driver. The first is the inefficiency error. For example, you may touch your brakes lightly to annoy a tailgating driving only to see him or her speed off around you without a care in the world. There is little satisfaction in incurring the cost just to see the target actually benefit by your purposeful pokiness. The second error is a misperception error. You touch your brakes but do not realize the tailgater was in no hurry and actually did not even notice. In the spirit of “I’ll show him a thing or two,” you showed him nothing. In some broad sense is this not inefficient since you think you have incurred less cost than your target but pleasure is based on an illusion.
Consequently spite can be put into three categories. There is actual efficient spite in which the  harm to the target and the satisfaction derived exceeds the cost. There is unrealized inefficiency in which the spiteful person assumes incorrectly that the harm exceeds the cost. Finally, there is the obviously inefficient spite in which it is clear to the spiteful person that the victim has not been affected at all.
Regardless of the form and from a broader perspective it is difficult to justify spite on any grounds. From a purely ethical standpoint it means using others without their consent to satisfy one’s own ends. For those with a Kantian point of view, this is enough to take measures to deter spite. From a Rawlsian perspective spiteful behavior would be rare.
Even those with an economic or cost benefit view will have to concede that there is no possibility of knowing whether spite driven activities do more harm than good. The person making the cost benefit decision about acting spitefully can only assess how the activity makes him or her feel and there may be a sense of a net benefit. For spite to be efficient, the harm to the victim would have to be worth it even after the spiteful actor him or herself internalized those harms.  In other words the sum of the cost to the spiteful person plus the cost to the targeted person must be less than the satisfaction that the spiteful person derives.  In effect the full cost, including internalization, will always exceed the external harm. That does not mean that overall all spiteful acts are inefficient. This all turns on how deeply satisfied the spiteful person is. A person who craves harming certain other people may actually get such great joy from harming others that even after internalizing the harm caused they would find it beneficial to act spitefully. Because spiteful people do not internalize the harm and might not act spitefully if they did and because, in any case, such an efficiency analysis involves a highly complicated and suspect interpersonal comparison of psychic cost and benefits, there is no economically based justification for permitting spiteful activities.
In conclusion, by raising the cost of spite,  justice, in all of its forms, is advanced.


Posted by Jeffrey Harrison at 7:49 PM No comments:

Yes, what the world needs now is a new law review so here it is. The Class Bias and Random Things Law Review (Class B. & Ran. Tgs. L. Rev.)

This is online referreed journal that accepts only works (meaning not just articles but poems, short stories, drawings, photographs, etc.)  that are short and without footnotes.

Single submissions only but guaranteed turn-around time less that 24 hrs and publication within the next 24 hours.
Posted by Jeffrey Harrison at 7:34 PM No comments: