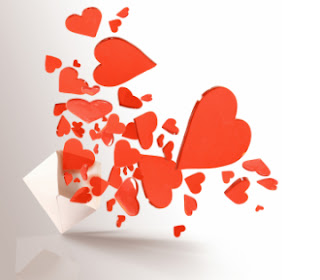 A disclaimer first. I have no view on the current candidates for tenure and promotion at my school or anywhere else except at my school I have no reason to think they are not worthy of promotion and tenure. This post is about a process, not individual people.

Ok, having dealt with the niceties, the tenure and promotion process everywhere I am familiar with is a sham -- another way to keep the privileged in their privileged positions. In some respects it is the big version of partner hiring in  that partner hiring (when both would not be hired without reference to the other)  is nothing more than cutting in line. I'm not going down that path having had my say much to the displeasure of  the faculty spouse crew. And, by the way, the cutting in line does not even touch the complexities that can arise later.

Back to tenure and promotion. Some committees evaluate and some just gather information. But from experience I can attest to the fact that even the information gatherers can influence the outcome by the referees chosen.  That is, if they do not let the candidates pick the referees which is something we once did.

So you have outside and inside letters reviewing scholarship and reports of those visiting classes. Let's get rid of the class visits first. Most are preannounced so as not to actually see the teaching that takes place when an observer is not there. (We would not want that now would we?) In 30 years of teaching I have not seen a single negative review of teaching. Why is this? Lots of reasons. First you do not want to hurt someone's feelings when deciding to ask the tax payers to give them a life-time annuity. Second, these are your pals and paldom overcomes objectivity every time, And, if you write something negative and tenure is granted, you have an enemy for life. Class visitations are a time-wasting formality.

The inside letters of evaluation fall in the same category, In 30 years I have seen 2 letters of maybe 400 that could be viewed as kinda/sorta  negative. Yes, nearly every reviewer of every article ever written has found that the work "meets our standards."  If that were actually the truth, time to reevaluation those standards. The reason for the inside letter charade? Refer to the paragraph above. And, you can add, elites evaluating elites. Or, frat boys evaluating frat boys after a short period of law school hazing (requiring the writing of law review articles that are largely irrelevant.)

Then there are the outside letters.I have seen hundreds of these too.  There is a slight possibility of a negative letter here but so many things stand in the way. First, of course,  is the market for letters problem. Yes there is a market for letters and if you are known to write negative ones you are less likely to be called upon again. It's not a business but some people like being regarded as an expert. Like an expert witness, testimony that does not help is not welcome. And, "help" is support for what the faculty wants to do. Second there are the letters involving areas of law that have a definite "correct" point of view. You know those areas. So, if you are an expert in one of these areas you do not respond negatively to an ally no matter how bad the work. After all, they are on your side in the ideological battle. Third, if you write a negative letter you just gum up the works. In all likelihood the faculty is going to grant tenure and promotion (they almost always do) and a thoughtful negative review will likely be ignored and conflict with the internal reviews. I have seen this work repeatedly in the rare instances in which the outside review is negative. I recall one letter in particular by a reviewer  who noted that the new articles for a tenure candidate were pretty much the same as the articles for promotion. In other words. "Duh, there is nothing happening here." This was, of course, not even spoken of. Basically, unless you have principles and are an  idealist there is no upside to writing a negative letter. 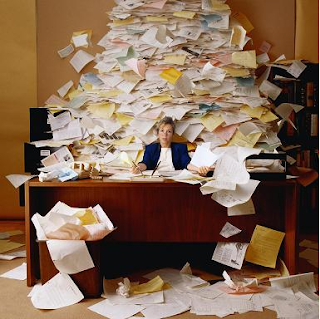 When it comes to law reviews there are some settled truths.Every law review editor I have spoken to assures me that authors from highly ranked schools get a first look so, quite obviously, their chances of an acceptance from a school at any level is higher that of non elite contributors. Thus, if you are not a law celeb, teaching at a very highly ranked school, or at least have the proper pedigree, when your submission arrives it goes onto a huge stack of articles and awaits its turn.  If the review fills before your article is examined, it is not reviewed at all.  And it may be weeks before you are notified.You may or may not improve your place in line if you receive an offer and ask the other reviews to expedite.

This elitist bias has always been part of the game but now the law review business seems to have another dimension that takes it down one more notch in terms or resembling a tolerable process.

This time around, I submitted two articles -- one in early August and one nearer the end of August. The first one was accepted by a mid level to higher review quite quickly although when it was I had heard nothing from any other reviews. I was not so fortunate with the other one and, before long,  I had many many submissions out. Except for a couple of quick rejections -- one from a school that published an article I was critical of and one from the school where the authors of that article teach -- there was nothing. I checked the ExpressO web site and only about 1/3 of the reviews appeared to have received the article.  ExpressO has a note that says all a law review editor has to do is push one key on the keyboard and ExpressO will list the article as received.  This replaces the postcard acknowledgement that existed when I started this business. But, if an editor or secretary does not press that key on his or her keyboard you do not know if your article is even in the stack of to-be-read offerings.

I eventually got an acceptance and submitted an "expedite" request. Again, of  the schools I asked to expedite less that 1/3 acknowledged that they  had received my request for expedited review. Thus, the vast majority of reviews did not acknowledge receipt of the article or the expedite request. In fact, the same percentage did not even reject the article.

I attribute some of this to basic rudeness that seems to get more pronounced over time. Law review editors are short timers. When you think about out, why should they invest in what amounts to an academic one night stand? On the other hand, it may also be attributed to the down side to lower transaction costs. With email and ExpressO, editors have thousands of submissions many of which outstrip any expertise they may have. Thus, while costs have gone down to authors, there is little indication that there are more efficient ways to review articles. So, when you are overwhelmed with articles, or actually most things in life, what is the inclination?  Short cuts. Thus, even more than ever before credentials and other forms of institutional authority are substituted for actual careful review. In effect, lower transactions costs have somehow made the privileged even more privileged.