One issue that has arisen in connection with the article you must not download is how many courses law professors should be expected to teach each year. At my school it is 9 credit hours which usually means 3 courses a year. A commentator on my last post writes:

"I only have my own observations and anecdotes to back this up, but my understanding is that this "4-course-load/7th-year-sabbatical" arrangement is pretty common in legal academia, and that 3-course loads to allow for scholarship and frequent sabbatical semesters are only common among the more elite schools and some of the wealthier non-elites."

Frankly, I too only have anecdotes and do not know what the average is. Here at Florida the 9 hour load is very imbedded. In fact, in a recent strategic plan it was proposed that every fifth year we teach 12 hours to allow for smaller classes in the first year. That would be an extra course every 10th semester. The resistance was so strong that that part of the proposal had to be dropped in order to ensure passage of other components. In fact, as I understand it, we all technically teach 12 hours but somehow end up with 9 if we say we will do research and the 9 has become what people believe they are entitled to.

Almost certainly the number of courses or hours should not be simple a matter of  inertia or threats that the faculty will balk at other important changes unless it gets its way. Plus, to me at least, the number of students taught and how productive someone is with respect to meaningful scholarship should figure into the calculation. A nine hour load for some people who have taught the same course for 20 years and teach 80 or 90 students a year is a different teaching load than someone teaching 9 hours that includes a new course and 100 students. In the first example, 12 or 15 hours seems fair;  in the second, 9 hours is enough.

In short, framing the issue as 9 hours or 12 hours or 15 hours misses the point. Ideally teaching loads would vary depending on the difficulty of the actual teaching. That is not to say that people do not have different teaching loads but I have yet to detect an actual institution and student benefit-based approach to these differences. In fact, once there was a dean who, when asked to explain the differences in teaching loads, seemed to have a great deal of difficulty coming up with any reason why some people taught more and some less.

Maybe a good starting point is this: Everyone starts with 12 hours. Those who opt for no research or are teaching less than 100 students in courses they have taught for years are elevated to 15. (Rapidly changing courses that require a huge amount of prep no matter how many times taught would not fall into the "easy prep" category.)  I am sure they will consider that fair,  right? OK, maybe not. Those who present a research proposal that addresses an important issue of public importance would get 9.  The reduced load would be a case by case decision  like a research grant in other disciplines. I won't hold my breath.

Did I say do not download that article?
Posted by Jeffrey Harrison at 1:53 PM 2 comments:

[I want to draw reader's attention to a thoughtful comment that you must click on to read.]

When Amy Mashburn and I wrote our article (more on this at the very bottom) about legal scholarship we anticipated some of the criticism and addressed it up front.  We wrote about arguments based on academic freedom, comparisons with other disciplines, some kind of instinctive "I just know they are wrong,"  and  the "you must be wrong because I can think of an exception."

I resisted all of that. Who, I thought, would try to justify the state of legal scholarship by saying other departments are just as bad or that he or she just "knows,"  it is influential or that we must be wrong because some articles are influential.Boy, was I wrong. Those types of arguments only magnify my concerns about legal scholarship.

As I understand it, the arguments would go like this:

1. If the history department is wasting money we should too.
2. I just know legal scholarship is influential (as long as someone else is paying 200-300 million a year for it).
3. If there are some influential articles, all  should  have been subsidized. (This actually is very much like an argument Richard Posner makes and which we deal with in our article.)
4. I don't think you should say this because it is really scaring me.

So what is behind this squirming and the use of reasoning that would not pass a high school logic test? I  think it is fundamentally the fear of an existential question. To avoid facing the question, all kinds of contrivances are employed. The most important one is suspending one's disbelief. To even entertain the possibility that most legal scholarship -- especially their own legal scholarship -- is not of much use is like looking into an abyss. The self-esteem of so many  is wrapped up in believing they are special and that specialness is captured by how many second and third year law students say they are by publishing their articles and by how many other people in the very, very small law professor terrarium then download then or mention them in a footnote.

There is something almost sad about this (or maybe I am just falling in love). Suppose a law professor spent 40 years of his or her live teaching four classes a year and did not write a word of scholarship. If worth or value is measured by actually making a difference in someone's life, I think that law professor has made a bigger impression than 80% of those teaching two or three classes and churning out an article or two each year that very few people will read and no one will pay attention to. Sure, it is not as fun as research and writing but truly intellectually engaged people will do it anyway. And, it's a dilemma: Do you really want to make a difference or pretended that you do?  I wonder when actually being effective and more valuable became a sign of failure?

Oh, one more thing. See that link up there where it says article. Please, please, please  do not download it. Do you promise? Get a copy from someone else or I can email you one. That way we are free to say we just know we would have had 10,000 downloads -- instead of 12 --  and influenced thousands  because, in the world of law profs, a lack of evidence proves something exists.

ARE THERE ANY STARS IN LEGAL EDUCATION? 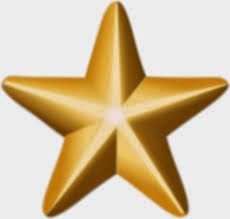 Over on the tax prof blog Paul Caron has posted an article about reduced teaching loads to keep star faculty from leaving. The idea is how odd it is to reward stars by reducing the amount of time they spend with students. The article does not focus on law profs and seems to be more generally about departments in which important research takes place. (so obviously not about law profs).

It does raise the question of what it means to be a star in legal education. I have heard the term "star" used quite a bit. There are stars and rising stars. "Rising star" is one of the favorites among those writing tenure review letters.

The notion of a star means a star in the terrarium of law professors. I think it means being at a fancy school and being cited a lot. Of course citations come to those at fancy schools so it is more a commentary on the school than the individual. The problem with the label "star" is that it is a bit like being the star on the chili cook-off circuit. No one cares but a very small group of people who rank people on an unknown scale. But then chili recipes are not fungible while law professors are so I am not sure the term star is even applicable. Any one of us could be kidnapped by aliens and only a small group of people would notice the difference.

There are faculty stars. These are the people who teach 12 hours and 200 students, write an article every year or so about something relevant, advise students, do committee work, and are always ready to read a manuscript.  There are very few of these stars. Interestingly, being a star on your faculty means there is no chance you will be a star in the law prof terrarium. Plus, can someone be a star simply by putting in a day's work? I would not think so but in a world of reduced teaching loads, directorships, and vanity courses, it is hard to find an honest day's work.

I remember the first time I heard someone use the term "star" in the context of law professors. My first thought was "this is delusional" but I suppose that goes hand in hand with the puffed up sense of importance that pervades the profession.
Posted by Jeffrey Harrison at 11:02 AM No comments: