GETTING HIGH ON GRADES 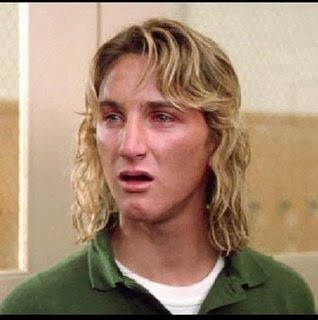 Every law school has undergone grade inflation.  At my school, like almost all others, an average exam gets a B+.  Also, like my school, virtually every school I have examined has more than one tier of grades. Large sections are subject to a lower curve and small sections, seminars, or other courses qualify for a higher curve.

Law schools have, in effect, created a shopping opportunity.  Students must make the not so hard decision -- do I take a course with a B+ average grade or one that has an (almost) A- grade. I think most would agree that choosing a course based on the curve is not consistent with taking courses that are the most helpful in terms of preparing for 40 or so years of practicing law.

To overcome shopping you need to have one curve for all courses (or perhaps a limit on the number of high curve courses taken). At my school where the "low" curve is 3.2 and the high one 3.6 this would seem to mean meeting somewhere between the two. But here is where honest differences in opinion combine with self interest and a form of free-riding to make things difficult. While nearly everyone agrees there is a problem and understands the solution, many people do not want to give lower grades. In a sense they do not want to make a contribution to the cause.

Sometimes the reasons are well intended and stated. Others are not stated.  For example, suppose you teach a vanity course (a  course that disappears if you do). And suppose you are able to get a small group to register. Further suppose that the reason they register at all is because the class is small and subject to the higher curve. I think you catch my drift here -- lower grades may mean the vanity course is not offered at all. Say you teach "Law and Really, Really  Deep (So Deep it is Hard to Think about Them) Feelings." It might occur to you that unless you can give an almost A- average you might find yourself teaching Civil Procedure instead.

Maybe people think giving an almost A- means better teaching evaluations. I have no idea if this is true but my hunch is that the high curve means a less competitive experience and that students are likely to enjoy that atmosphere.

And then there is the most discouraging rationale of all:  "Some" students may not have done well in large courses and they need the smaller ones with higher curves to address GPA issues. Recently the word around the halls is that "some" refers to minority students. I cannot verify that this is the unstated rationale because this is always said privately.   Is it really OK to assume minority students will not do well? As an informal  empirical matter, in the classes I have taught that would be the wrong assumption. There is no difference in performance that I have noticed or been told about.

This leads to a more interesting question. What do people who make this assumption and then act on it get out of it?  It has to be something they get because the notion that they are "helping" someone else, if ever true, is woefully outdated.
Posted by Jeffrey Harrison at 8:07 PM 4 comments: 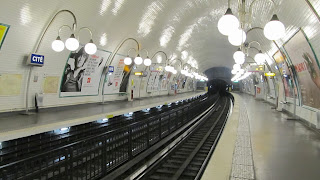 At my school, there is a 3.6 curve for seminars. And, surprise, surprise, the average grade in seminars is close to a 3.6. Yes, according to those teaching seminars the average student writes an A- paper.

But that is not the real surprise. What was recently revealed is that some seminar graders were giving much higher grades than the curve allows. Like a 3.7 - 3.8  How can this happen was the question asked by one young faculty member. It's easy, just change grades after grades are submitted. But this hardly explains why it happens. Here was the answer he got to that question.


While I suspect your question is rhetorical, there is an economic explanation. There is an market for grades. On the demand side  are students. What these data tell us is far more about the supply side than we knew before. It is so robust that some suppliers of grades (meaning suppliers of supracompetitive grades) are actually selling grades (in excess of 3.6) that they technically do not have in inventory. So, where do these high grades come from? One point of view is that they are stolen from students not in those classes and the poor dopes who actually expect that there are rules and the rules will be enforced. We are all poorer for it. In language a few can understand, you might view them as predatory grades.

In most markets people do what is profitable. How can giving high grades be profitable. I am not sure. Clearly they mean fewer students complaining about grades. They could also help in the course evaluation area and in the enrollment area. You might even recruit some students to your political philosophy or convince them that you are deserving of their adoration. Put it this way. If the there is a profit in grading, would you want to be a high grader or a low one?

Cheer up. There is good news. Two types of good news, in fact. First, it could get worse so we are actually in a better place than we may be going.  Soon we will compete for students on the basis if the grades we give. Second, in the last year there were only two violators of the 3.6 limit. There is also bad news. One of the habitual offenders knows no limit to what he or she deserves and there is little sign that this or any other administration has uttered the word "no" to him or her.
I can use graphs or equations to explain this if you need it.

The Dentist or a Faculty Meeting 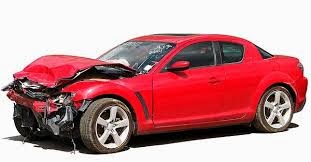 Upon coming out of today's faculty meeting, a colleague said in passing that she would rather have been in the dentist's chair than in the meeting.

I was surprised. I do not know what it is like at other schools but at my school we have norms that people observe in order to move business along in a collegial fashion.  What could be better than working with a group of selfless and wonderful bright yet humble people in order to solve problems. When we are go into decision making mode nothing can stop us. For example,

1. There are no hidden motives. People say why they are asking a question and its relevance.
2. Once a faculty vote is taken no one puts his or had up to again voice opposition to the outcomes as in "even though you just voted 50-3 against me, I still think you are wrong." No that does not happen.
3. No one views him or herself as someone around whom the law school rotates. For example, if we are thinking about raising the grading curve no one says, "I oppose this because I need to give low grades." Instead they think of the overall impact on the students.
4. No one says, let's give higher grades whether deserved or not because of the "market."
5. No one raises his or her hand to speak unless he or she is sure she is talking about the issue before the faculty.
6. If the discussion is about a motion to amend no one puts up his or her hand to talk about a unrelated part the proposal.
7. No one asks for more data that are unrelated to the decision.
8. No one ever just raises his or her hand to say things like, "I just don't know what to think."
9. No one thinks that when you are grading on a curve the grades are still based on absolute as opposed to relative performance.
10. When an issue is carried over from one meeting to another, people who were not at the first meeting do not jump in assuming their points have not already been made or that they have something novel to say.