I and most others who use the term "politically correct" probably have different definitions. For me it is a default term that allows me to escape using "left" or liberal because the groups I am referring to are neither. It is more or less a way to capture the anti-intellectualism of some faculty for whom the agenda is more important than truth and legitimate scholarship. The causes are usually about race, gender, sexual orientation and, for a much smaller group,class and poverty.

I have heard little about it lately but when the PCs are looking for a an example of racial injustice they skip right over college football and basketball. The true economic exploitation of mostly African American athletes could not be more clearer. A now-dated survey but the money made by a University from a good to superior athlete at $500,000 and this was before today's TV contracts and mass sales of player related merchandise. The NCAA argues that it cannot pay players because it would endanger parity and the attractiveness of the product. That is a joke. If the NCAA were actually interested in parity, just announce a budget limit for all schools in each division. Let them spend it how they like, including on players.

What worries me most is where the money goes that is made on the back of toiling young men in the middle of summer and into the fall. Here my facts are fuzzy but I think some may go to already wealthy coaches, and some to support sports where the fan interest is so low that the sports could not exist without the forced subsidization from the players. These subsidized sports are probably for men and women but increasingly I wonder if it goes to women's sports. My school has a beautiful softball field and a brand spanking new women's lacrosse field. I go to the games and enjoy them but I seem to notice very few African Americans. I then put women's softball and women's lacrosse into google looking for photos of teams around the US. I was very hard pressed to find a black face among all the smiling faces.

Now I am wondering. Is it possible that the NCAA system of college football and basketball slavery is actually done, in part, so middle and upper class white kids can play in nice stadia with fancy uniforms? If so, how much has really changed?

The exploitation part of this I am sure of. The redistribution part I am not sure of. In any case,where are the PC's on this? If this does not raise their ire, then they are what I have always thought they are.
Posted by Jeffrey Harrison at 11:08 AM 5 comments: 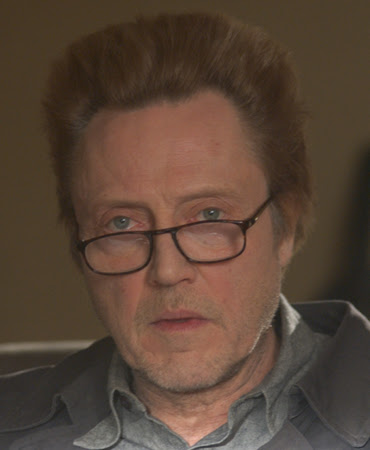 You have asked what I will be able to teach next semester. I hope this clarifies things. I will be able to teach two sections of my seminar, Law and the Films of Christopher Walken. These are completely separate courses. One section will bring Mr. Walken up to 1990 and the second will take it from there. The first seminar is a perquisite for the second. We are working on having Mr. Walken appear as a guest lecturer subject to my schedule.

Because I will be attending conferences and guest lecturing at many other schools next semester in addition to scouting sites for possible international programs in Venice, Fiji, and Hong Kong, I will be in town on February 12, March 23 and April 4. Please quadruple up the classes on those days and schedule the two courses to meet concurrently. From time to time I may be available every other Tuesday but I sometimes have migraines those days and it is better not to inconvenience the students by scheduling class on those days only to have it canceled.

As you know, in May I will be leading a group of 12 law faculty and staff to an international conference I arranged in Lima. Thus, I will be unavailable after April 30th.

As usual I am happy to do what is necessary to serve the students. In particular I assume I will once again Chair the appointments committee because of my insights into what makes for excellent faculty.

Professor Elite
Posted by Jeffrey Harrison at 10:48 AM 1 comment:

Not Too Much of an Exaggeration

I have scheduled you for a 12 hour teaching load next semester. This is composed of 4 hours of contracts (Monday-Thurs at 10) and 3 hours of Business Associations (Wed-Fri at 1) in the Fall. In the Spring, you are scheduled to teach 3 hours of Agency and Partnership (Tues - Thurs at 2) and 2 hours of a Seminar in Advanced Business Associations (3-5 Monday). It is important to offer all these courses at the times indicated in order to give the students as many choices as possible and avoid conflicts with other courses they may want to take.

My schedule looks fine except for a few adjustments. I will be unable to teach on Monday or on Friday. On Friday I travel and sometimes I am unable to be here on Monday. In addition, I cannot possible take on a 12 hour teaching load because I am working on an important book and several seminal articles. In any case, I cannot teach effectively with only 2 hours between class especially when those two hours are over the lunch period. I look forward to the seminar but cannot be on campus after 2 PM and I would like to change the subject matter to "Law and the Films of Morgan Freeman." As usual, please cap my classes at 8 students so I can give each one individual attention. One final manner. I see that contracts is scheduled for four meetings. Please schedule it for 2 sessions of two hour each so I will have time to do my research. Otherwise, looks great! Thanks in advance for making these adjustments.

Could you please tell me what you are willing to do next semester and I will schedule you accordingly.

Dean Everydean
Posted by Jeffrey Harrison at 10:44 AM 3 comments:

I used to ask the speaker, "Why are you telling me Bill Smith is at Harvard?" Typically it was met with the deer in the headlights look. I was way out of bounds. And the question was really not fair. We all know why institutional affiliation is mentioned. It lets you know that the speaker knows someone at Harvard on an informal level. And it is supposed to mean that whatever follows is more likely to be true. What it elicits from me is nausea. And the same goes for name droppers especially those who, within the first 15 minutes, must let you know where he or she went to school. Yes, I am talking about the elite school name dropper. What is actually suggests is a lack of confidence or greediness. The reason why it suggests a lack of confidence is obvious. Why not let your words and thoughts speak for themselves? As for greediness, it means you want more credit than your words and thoughts deserve.

One of my best colleagues has a five star pedigree the existence of which is never revealed. And some of the biggest underachievers have the same pedigree and are quick to mention it. And they are also most likely to mention talking to the aforementioned "Bill Smith." It is amazing how much of their self-esteem turns on something so thin.

Of course it is just good business to promotes oneself by promoting those who have the same brand name pedigree. The place this plays out most is in recruitment. Law School hiring committees are dominated by elite school grads and they hire their clones. Here again we have greed and a lack of self confidence. Greed because it helps those in the club to hire others in the club. Self-confidence issues arise because implicit in hiring decisions is that the decision makers will not hire anyone they had a hand in educating.
Posted by Jeffrey Harrison at 1:12 PM 7 comments:

Social Mobility and the Washington Monthly

One thing that I do not understand is this. Pell grants are essential subsidization for students who otherwise could not go to college. That's fine but isn't that the role of public schools more generally? At my School, undergraduates are heavily subsidized and earn degrees than enable them to achieve careers that would otherwise be impossible. Last time I checked that would be social mobility. Wouldn't the Washington Monthly rankings make a lot more sense if they considered the subsidization of less affluent students as a matter of course at Schools that strive to keep tuition low? As it turns out, many state schools make it to the top of the list. But a few elite schools are up there too, bumping aside schools where subsidization of the less affluent is not an exception but part of the mission.
Posted by Jeffrey Harrison at 7:25 PM No comments: