When babies are born hospitals take great pains to make sure they are identified so when the are taken to the nursery they are not mixed up and given to the wrong parents. I have often suggested that a better process is not to worry about the mix up. In fact, why not just randomly distribute them to the parents? What this means is that each newborn has an equal probability of being teamed up with affluent and intelligent parents. In effect, each child has a chance to win the life lottery. That seems so much fairer than being doomed at birth to have a stressful, deprived life depending on the identity of two people who decided to have sex.

After reading a recent article in the April 4th issue of the Economist I realize that perhaps the idea is not as facetious as I intend it to be. As it turns out, recent research shows that poor kids, as the Economist puts it, are "stupider" than other kids for a reason -- stress. More technically, theses kids have lower capacity "working memories" -- the ability to hold bits of information in the brain for current use. Researchers have measured what is called the "allostatic load" which measures stress. You can figure out the correlations. Kids born to poverty are more likely to have higher allostatic loads and more likely to have lower working memories. Of course the cycle goes on and on -- poor kids to poor adults to the birth of children also likely to live in poverty and the stress it creates.

In many respects this tells us how thin having a sense of entitlement is. When you get down to it, many of those smart kids who become law professors and think they are entitled to virtually everything from having the right color on the office walls to sitting around and with impunity labeling students stupid or crazy are there because the hospital did not randomly distribute them as babies.
Posted by Jeffrey Harrison at 8:35 AM 2 comments:

"Pimp'n Out" the Students, Helping, or Both? 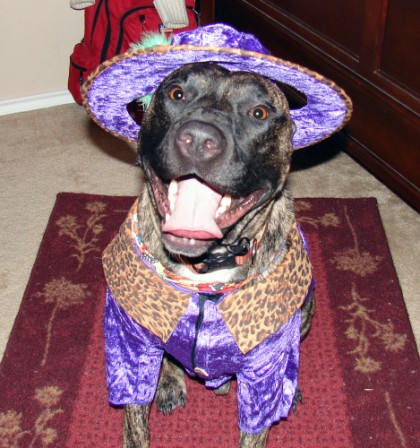 Many law schools have externship programs -- students work elsewhere in a law related jobs and receive credit. Schools divide on whether the externship must be in a non profit context. This question is, perhaps, more pressing, when the issue arises in the context of public schools.

If public law schools are based on a "public good" rationale and are not simply a means of redistributing income from taxpayers to people who do well on the LSAT, it is not easy to see the rationale for saying, for example, to Exxon, please let our students work for you for nothing and we will give them credit toward graduation. Does this mean we are paying students to work for for-profit entities and subsidizing those firms at the same time? After all, if the students do something, anything, that has market value, how can this not be viewed as a form of subsidization? "Pimp'n out" the students, as one friend describes it, is hard justify.

This seemed pretty simple to me. Why would a state school pay students to work for firms whose interests might be opposed to those of the State paying for the education of the students? And, having subsidized one for-profit firm, is the School obligated to subsidize others, particularly their opponents, equally. I mentioned this to another friend who told me, correctly, I was way behind on the issue. Most of the students are in law school in order to do exactly what the for-profit externship permits -- working for firms that may or may not have any connection to the public interest. In effect, the for-profit externship is just a continuation of what law schools, including public law schools, do anyway -- subsidize the private sector. (You never hear much about this but shouldn't it be a concern to both "liberals" and conservatives?)

I was way behind in another way. Relatively affluent students have always been able to work for for-profit firms in the summer. Getting paid was not that important. The students who could not participate were those who needed money even if it meant delivering pizza. By giving credit to these students, they are also able to participate in an activity that actually may help them hone their legal skills. I note this because no one is claiming that the for-profit experience is not a valuable one for students. Unfortunately, without a public service requirement, the skills acquired are not likely to be used to pay back the taxpayers who paid for the legal education.

It's not a simple matter.
Posted by Jeffrey Harrison at 8:56 AM 11 comments:

Actually to be fair, maybe it is not just elitist but it is interesting nonetheless. I just return from a faculty meeting in which every proposal except one passed unanimously. The problem was that around where I was sitting, many people seemed to be opposed. So how can this be?

The best interpretation I have is this: When a matter is close, the yes votes go first and are a bit emphatic. This puts the no voters in something like a prisoner's dilemma. They may be able to defeat the motion but only if they all vote no. At least they can force a count.

If one or two vote no, however, theirs could be the only no votes and they have "outed" themselves. This is embarrassing and may have social implications. The risks for yes voters are not the same. First they cannot be accused as going against the grain and their vote is one that agrees at least with as many people constituting the committee making the proposal.

So the question is how many things pass when actually a majority of people oppose it. Perhaps one way to find out is to take the no vote first. But this may just reverse the problem.

What does this have to do with the elites? As I said, I am not sure but it has a great deal to do with gutlessness and thinking about one's place rather than what is best for the institution and that is clearly an elite trait. Just another example of shirking.
Posted by Jeffrey Harrison at 12:59 PM 4 comments: