The Anonymous Poster: Or is it Anony-mouse 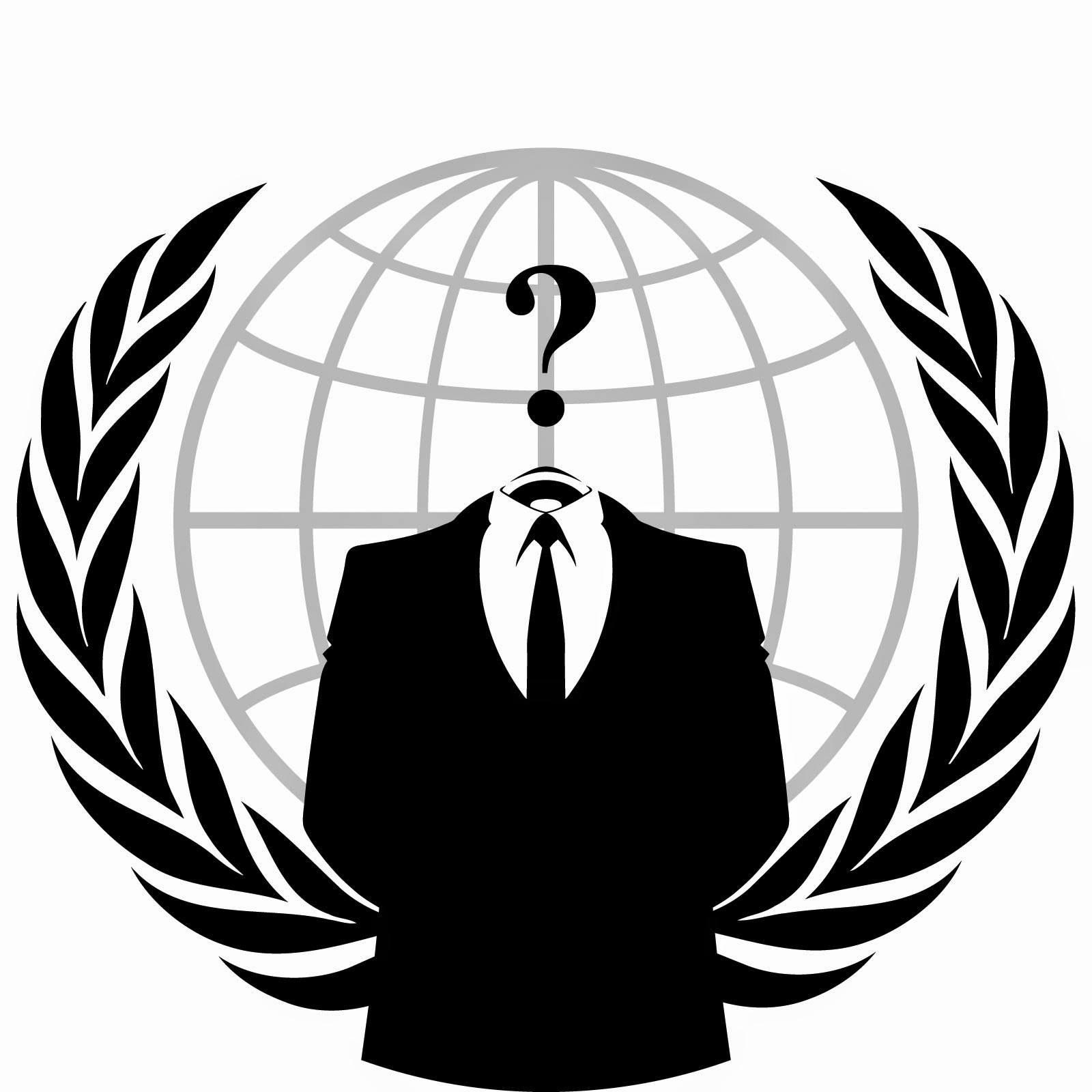 Back when Moneylaw appeared to be an up and coming blog, I think it was Jim Chen who used to respond to anonymous comments with the salutation Dear Anony-mouse. I thought about that when two of the commentators on my last post remained anonymous although not saying anything controversial and saying what was said in a completely civil way. This made me wonder about the reasons for anonymous comments.

One  reader informed me that a person is in the private sector who says things  that could result in formal or informal sanctions in his or her job may well prefer to remain anonymous. That one maskes sense to me as long as the comment is substantive. When they get nasty, I'd say the commentators just want to  snipe and the private sector excuse is inapplicable.

I suppose untenured people might also have good reasons to remain anonymous.  Law profs can be very petty and taking someone on who may be reviewing your work or voting on your promotion, even in civil fashion, is probably not a good idea.  I wish it were not so but we are talking about law profs.

Add to the list of those who can justify anonymity disgruntled students. They bought into law school advertising and many are without jobs but do have debt. Putting their names on anything that could come back in haunt them in a job search would be foolish. Plus they may have more standing that any group to get a little upset.

But let's get to the nub of things. I am willing to bet that a fair percentage of anonymous comments are from tenured law professors.  Sure, I cannot prove it but, if you can prove otherwise, I am all ears and I will pay your way to Disney World if you do prove it.  So what is up with this? Are they afraid they may not be invited to the next conference or asked to contribute to yet another symposium consisting of someone and his or her pals?  What are we to make of people who want to send a strong message and then hide behind a rock after sending it?  Are they afraid the person they complain about will not want to be friends if their  their identity is revealed? Do they actually think people attribute as much weight to views that can only be expressed if no one knows who is expressing them? If the author has so little conviction, why should the listener pay attention? Or is this just wide spread paranoia.  The biggest problem is that they are free riders on the understandable need of others to remain anonymous so the reader does not know how to separate those with legitimate concerns from the hyper-cautious prissy law profs.

Don't get me wrong. I realize, perhaps more than most, that there are sanctions for being outspoken but isn't it better to deal with them than to creep around with a mask on when you feel strongly about about something? I'd feel sneaky.

My hunch is that it is closely related to law professors' obsession with deniability and cost/benefit analysis.

But really, I am quite  curious about the explanation and am open to comments  that would help me understand. Anonymity is fine -- I don't have enough readers to be picky.
Posted by Jeffrey Harrison at 8:53 PM 4 comments:

Dan Markel: How About a Little Respect 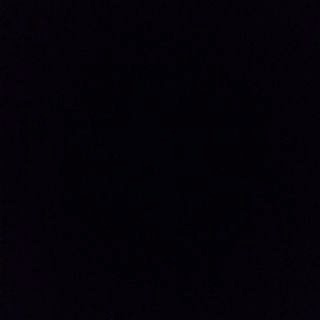 I did not know Dan Markel but all I need to know comes from photos of him with two smiling children. It appears from that and everything that has been written that he was a terrific person. It also appears that I was one of a small handful of  people who did not know him. Nevertheless, it is beyond sad to think of the way lives have changed and I do not mean just his.

Some commentators, however, have used the event to engage in typical law professor BS. Tripping over each other in a desire to seem to know him best and to have inside information, stories have mentioned that he was in the middle of a divorce (false), that it was a home invasion (false), that he was shot in the back (maybe but it would be the back of the head.) This is the kind of loose talk usually reserved for the know it all, name droppers who spend too much time trolling the halls or in the faculty lounge. In effect, for some, his death became a means to the end of showing off.

One other factor that reflects badly, at least to me, about the commentators is the persistent description that he was a good scholar, an internationally known scholar, a gifted scholar. I do not doubt any of that for a second  nor do I care. To me it trivializes the loss.  The loving father of two children was gunned down.   My hunch is that he would have traded all the scholarship, citations, and accolades for a mere chance to see his children grow up, to be in a happy relationship, and to have good friends. Somehow, if I were describing the loss of a decent loving person, "scholar" would be way down on the list of characteristics that made the death so tragic. Is it harder to lose a good scholar than, say, the clerk at a 7-11? Not to me. Scholarship, like the 7-11 clerk who gets the change right every time, is simply something a person does. It is not who they are -- not at any meaningful level.
Posted by Jeffrey Harrison at 6:26 PM 18 comments:

This is actually Part 37 of Sociology of Law Professors but I could not get it all on the same line.

I've not been around many work groups in my life time. In fact, for the most part, it has been laborers, lawyers, and law professors. In spite of that small sample, the prissiest and most insufferable group in the world must be law professor or those interested in what they have to say.

I have to describe some of them as "interested in" because some of the most insufferable language is found in anonymous comments on blogs. Although there are rumors that some of the anons are actual law professors and one Chicago blog Czar in particular I do not know that. In fact, that accusation may be completely wrong and the product of anons who just want to demonize the other professor.

The best place for the truly wacko and insufferable anon comments that I know of is the Faculty Lounge blog. Over there a barroom brawl among sissies can break out at any time. Things can be fine and then the discussion devolves into pure mush of innuendo, accusations, and a game of gotcha. I suspect the people most likely to pull the civility card when not anonymous are often anonymous when the calls for civility are rightfully attributed to lame efforts to silence someone or are ridiculed as  they should be.

Those comments are  not as much insufferable as they are evidence of a somewhat wacko need to one up the other guy without have to say anything substantive or say who you are.

Some of the signed comments are the most insufferable and penned by those who must have an amazing sense of importance. Over on the contracts list serve, a discussion of contract law quickly went to hobby lobby and then to thinly veiled law prof name calling with one truly screwed up person calling the dean at the school where one of the commentators teaches to complain about the commentator's comments. Yes, this may set the record for prissiest law professor. Hopefully the dean told the complainer to get professional help. I know I did suggest it would be appropriate if, that is, there is treatment for being an asshole.

Here is the type in insufferable language you might find over there and I suspect on any law professor list serve. This is only an example: "But I cannot help add that Peter today perpetuated the unfair "permission to post" meme that Ben started yesterday. Objecting to threads as being off topic are entirely appropriate on a subject matter listserve, though the objection could be unfounded. Characterizing it as Peter (and Ben) did as my insisting on my permission to post, and referring to me by name as Peter did this morning, is itself a polemical and uncollegial means of stifling fair comment."

That was the public post and I do not mean to pick on that writer specifically or Peter or Ben, whoever they are. You may disagree but when I see "polemic," and "uncollegial," I begin to tear up. Just kidding. I do not know if the writer was the dean caller but when I responded publicly that the full comment sounded a bit over the top in the self importance department, here is the  private and intimate note I receive in response:  "Maybe you should have hesitated a moment before pressing send, Jeff. That's an asshole comment to make and I am telling you that directly and not anonymously."

Of course, while not anonymous, this note came "off list" so none  of those who read the list would know about it or how quickly words like polemic and uncollegial gave way to "asshole."

I loved the private response. First, because as my pal Eric Fink reminds me, it's not worth writing if it does not get under someone's skin. Second, because the writer -- someone who I now have much more respect for -- was willing to forego the code words of law professors and show some emotion. Third, it reveals he can be a real person, not just the typical posturing, indirect priss, so many law professors are.