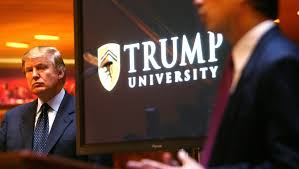 In today's Gainesville Sun one of the main stories was about State and University pressure to have full scale in person classes in the Spring. Yes, that is before or shortly after a vaccine. Plus, Governor Deathsantis wants college kids to party because as he puts it "that's what college kids do."  There is less important story about a doctor (well past his prime in terms knowledge and common sense) who refuses to wear a mask. I am not so interested in the idiot doctor but in the University.

I am truly mystified by what motivates the State and University to want warm bodies in seats when it could mean some get very sick and some (not many I know) could die. And why would a governor encourage students to party like its 1999? The only things I can think of are funding and ranking because its clear when one makes a cost benefit analysis, those two interests trump (pun totally intended) any interest at all in the heath and well-being of the students and townspeople who must interact with them in grocery stores, drug stores, and every other place it is difficult to avoid even if you are being careful. I mean, there must be some cost benefit analysis that goes on and avoiding death or severe illness get zero points  when it comes to the state of Florida.

But there is a bigger problem. It's the administrators who just follow orders. What is wrong with these people? If a dean or two or three just said we are not doing it it would make a big difference. And what would happen to them. They all have tenure so the worst would be returning to teaching and writing (something they call swore they were devoted to before they tired of it and wanted to join management.) This goes for Fuchs  right on down to the lowliest department head. DeathSantis says who cares if a few students get sick or even die or become carriers who then infect the townies.

DeathSantis says "kill a few" and UF administrators say "how many.'

Posted by Jeffrey Harrison at 3:16 PM No comments: