NO, You Cannot be a Law Professor 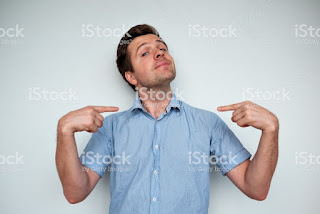 About once a year a student comes to my office to ask about becoming a law professor. I have to tell him or her there is virtually no chance and that may be overly optimistic. The reason, of course, is that they are not attending one of a tiny handful  of -- mainly expensive private -- law schools that produce what people who went to those schools, and are in charge of hiring,  regard as good enough to be law professors. This always seemed odd to me since some of the smartest people I know went to mid level law schools and some of the dumbest and most narrowly educated  (including some law professors) went to the fancy schools.

Even if they apply to be a law professor they will be quickly vetoed -- without so much as a second look -- by someone who did go to one of those law schools. Strange isn't it. The privileged attend the fancy schools, get all puffed up about it but they actually do not think they are very good teachers. How do we know this? Because rarely, if ever, do they think they have been effective enough in class to elevate even the smartest student to be a potential law professor. They must be lousy teachers since they cannot even explain to others what they claimed to have learned in law school themselves.

So what is up with this. It's either about rankings or some delusional notion that you have to have gone to a fancy school to be an effective teacher and researcher. I've said enough in other blogs about how law schools will sacrifice everything to advance in the rankings. It is the least ethical conduct I have seen in legal education. And, I do not know whether going to a fancy school is correlated with good teaching and research. I once attempted an empirical study of this but could not find enough people who went to non fancy schools to make the study valid.

So what's is it really about? It's about status  and preserving status-- anyway you can. Think about it. You've spend a few hundred thousand to attend a fancy school and you are a law professor. (And you are sure to remind the students of your days at Harvard or Yale,)  Then someone is hired who did not go to a fancy school and is running circles around you both teaching-wise and research-wise. What does that mean about you? It may mean that you are not so hot after all since some poor schlub from the University of Florida is kicking your elitist ass.

Posted by Jeffrey Harrison at 11:51 AM 6 comments: