Wasteland in the Law School Industry 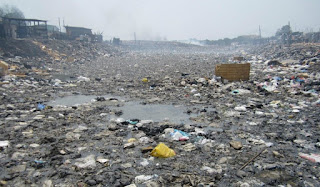 Several years ago I wrote an article equating law schools to a form of regulatory capture. As in the case of a captured regulated utility, law schools seemed to be run for the benefit of the faculty -- those supposedly regulated. Think of it having shareholders stilling on a panel deciding whether the utility in which they own shares should be permitted to raise rates. It's not quite that bad of course. Ultimately someone else holds the purse strings. But the day to day use of those funds is clearly faculty not student oriented although sometimes those intersect.

I'm sure others disagree and I hope they are right -- law professors  just want what is best for the students even if it means working longer hours, taking a hit as far as teaching evaluations, giving up some pet project to pitch in for the benefit of the school, and not spending hundreds of thousands confercating.  [OK,  enough of that.]

One thing, though, that seems completely out of wack is the massive advertising budgets found at public law schools. I know some of this is for fundraising but much of it seems to be designed to make the schools seem more attractive to applicants. Some of it makes lawyer advertising look dignified by comparison.  So money is spent to find people to accept a school's subsidy. Huh!  Or students are actually paid to go to one school as opposed to another.

That seems crazy to me but lets suppose the competing schools are both state schools in the same state. In my state, the chief public law schools are UF and FSU. Other states have the same set up -- Arizona for one. It may make sense to have to have more than one  state law school in a state as large as Florida although locating them as far away as possible from where students  live and have always lived seems odd.

But now look where we are. FSU and UF draw mainly from the same pool of in-state students. Probably FIU should be in the mix as well.   I would bet that the quality of education from all three schools is equal. So whichever one the student chooses, he or she will leave in three years with the same thing. Yet, all schools spend zillions on attracting students with glossy publications, orientation programs, accepted student days, follow up phone calls and, in some cases, straight up payments.

Obviously all the money spent has nothing to do with students.  Instead about the institutions as ends. Who benefits from the spending -- not the students, not their clients, not the taxpayers. What a waste.
Posted by Jeffrey Harrison at 7:11 PM

The grotesque prospect of two state schools fighting marketing battles over early 20s suckers is matter-of-course.
In the U.S., the public schools were allowed to keep their independent fiefdom. The more students they get on the 'market' the more the administrators can feed their fabulous geriatric lifestyles.
In Europe, public schools are run by the state as a civil service. Revenue, other than cost accounting, isn't part of the system. If there are too many unemployed grads for a program, that program is curtailed.

Great! We will be connecting to this enormous post on our site. Continue the good writing.
Chester