Charity for the Haves and Administrative Stipends 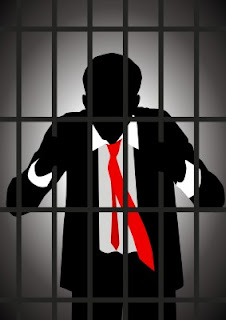 My university, in a jaw-drooping exercise of hubris, just up and unilaterally terminated payment of part of compensation already due employees. This compensation was in the form of a pay out for unused sick leave.  (As an aside (note the the parentheses) there should not be sick leave payouts. It is the ultimate class-based benefit. Why? Guess which folks in the University are least likely to use sick leave? You've got it -- elitist professors and high level administrators who are then able to cash in for upwards of 100K while staff people account for every hour.)

Ok, the plan was crazy and designed so the haves get even more. Still, it was part of the compensation package, it vested after 10 years, and many, many lower paid untenured people, who needed the pay out more than others,  got ripped off. After paying for decades UF said, "no more" even if you vested and it was retroactive. I guess University officials could say it is not compensation at all in which case maybe past UF officials should be doing time for making gifts for several decades.

If you retired by June 30th you got the pay out (or is that "pay off") and a small handful of people took the dough who were likely to retire anyway.  But some just were not quite ready to retire. They wanted the dough but they also wanted to keep their humongous salaries for a little longer.

What do to with the obvious deserving-of-more-more-more people?  You've got it. Extra paid leave or special new duties as senior envoy/assistant for the purpose of  . . . . . Well that is kind of the catch.  The new higher salary is for doing what they were doing or were expected to do. Yes, it is another situation in which professors who are working at full capacity all of a sudden aren't at full capacity when there is some money on the line. As in, "sure I have time to teach an extra course," or "sure, I can be special envoy to revise the environmental law program." Come on! Hit me with one of those   "administrative stipends."

Of course we know that haves always get more especially when the givers are also haves. So, how do the haves cut side deals to make up for the lost sick leave pay out? Use your imagination but do not doubt for a second that it occurs.

Posted by Jeffrey Harrison at 3:01 PM