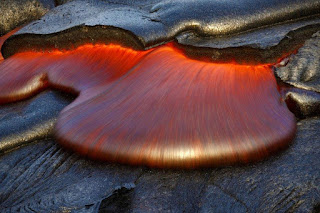 For ten years my law school had a Dean who defined  his job as keeping himself as Dean. You know what this means -- for a mid level law school like my own it means avoiding any shake-ups, pleasing the majority of faculty most of the time regardless of the consequences for the students, taxpayers and other shareholders, picking battles very very carefully with only the people who are not part of any discernible constituency. Mainly, that Dean avoided any decision that could upset people. He shifted them to the faculty instead causing all kinds of ill will that would have been avoided if he had simply stood for something other than keeping himself as dean.

After watching this dean and his immediate predecessor, I took to the internet in the form of this blog to bitch, sometimes directly, sometimes indirectly. I understood that I would be going outside the system instead of working within it. I don't claim at all that I had any part in the events that led to substantial improvement. In fact, I may have made it worse but it was therapeutic and I found like thinkers (and haters) I did not know existed. As for working within in the system, the system existed to avoid change and to silence those who suggested it. Please spare me the inside the system BS.

But now tables have turned. I think the new Dean is fabulous. I agree with every decision she has made except two minor ones. She has the courage to make decisions the system could not make and is willing to take the flack that follows instead of forcing the faculty to bleed. She regards the Law School as more important than the self-interest of petty cliques within the law school. She lives the saying "you do not ask permission to start a revolution.

A few individuals worry about top down management. We tried the opposite and it was a dismal failure. One response is the same as mine was -- go outside the system. I should not complain, right? One faculty member -- the Michael Corleone of the Law School -- and maybe others get on the phone and rile up those who owe him. So, I am wondering if there is a difference between these two versions of going outside. I think there are four differences.

1. The new version is to protect a status quo that is crumbling.
2. It appears to deal in half-truths or out right misrepresentations or, in its most benign form it evidences no willingness to correct these distortions if the advance the case.
3. It involves using others, who lack full information,  to achieve certain ends.
4, The person making the greatest outside the system efforts never speaks publicly or takes any public stands.  Instead the communicating is similar to a steady, persistent ooze.  How's that for courage?

Are there any ethical standards for those who work outside the system, even those who prefer to avoid taking responsibility?
Posted by Jeffrey Harrison at 9:39 PM

please tell us what these courageous decisions are! Details have the potential to inspire brave deans and give comfort to revolutionaries-in-waiting.


1. revised an externship program that was comparable to pimping out students.
2. rationalized the summer program.
3, raised the entering class standards to unprecedented levels.
4. ended some questionable law review practices
5. Made it so students writing on to one of our 4 reviews only have to write one paper.
6. Began the process of moderenizing our LLM in tax so it can maintain its ranking.
7. Did not make any mistakes in hiring (this is big, most deans want to desperately to hire someone).
8. Put together a good working team of associate deans.
9. Raised the status of the school just by being here.
10. Got some exiled faculty back into the fold.
11. Raised the quality of our publications and modernized all our messaging.
12. Raised more money than any dean we have had.
13. revised our class scheduling process so more critical offerings are available to more students.
14. Modernized our placement process.

Anonymous said...
This comment has been removed by a blog administrator.
9:16 PM

Jeffrey Harrison said...
This comment has been removed by the author.
9:42 PM

Why do you keep deleting comments or not sowing them at all, such as the comment that led to your most recent post?

Funny framing of the question. Do I "keep" deleting posts. I have deleted only two posts. Many that I do not post at all are ads that people send to free ride as advertisers. Of the two posts above, one was by me in response to the one just above it. So, I have deleted one comment that was not my own. It was more or less a mindless rant and since I decided not to encourage a non substantive debate (he said, she said, without evidence that anyone said anything) I deleted it as well as my response. As you know, anonymous posts and comments represent people who are too gutless to state their convictions openly. Sometimes I post them anyway but when it is both anonymous (no author) and does not not include arguments based on facts that can be verified, I do not care of offer my blog as a forum. You will see that this decision is not made on the basis of how harsh the comment is with regard to me personally.

I agree with you, there is no reason to allow mindless rants or off topic subjects.